MELANIA SAYS HER HUSBAND LOST, “HE’S SUCH A BIG LOSER” 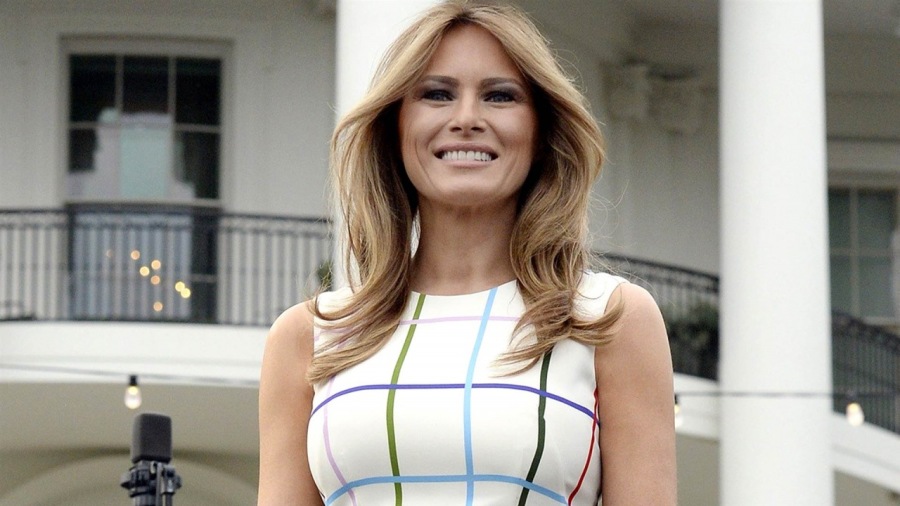 “Donald got his butt kicked in the election,” she told The Lint Screen. “Sleepy Joe beat him by five million votes. Five million! But baby Donald has been yelling and screaming, ‘I won, I won!’ He is so angry he had the Secret Service go to an animal shelter and bring him a dog, and they held the dog so Donald could kick it. What kind of man does that? He hasn’t been this mad since he lost his Diet Coke sippy cup.”

“Ivanka, Don Jr., Eric, they are weak and tell him he was cheated out of the election,” she says, lighting a Marlboro cigarette. “They make matters worse, blowing smoke up his Donald’s butt. It is the same thing with Republicans like Mitch McConnell, Lindsey Graham, and all the other ass-kissers. And the worst is the Fox News crew–– stupid Sean Hannity and that Tucker Carlson jerk, and all the rest–– they lie and feed his huge fat ego. Donald lost. Everyone knows it. He’s such a big loser. But everyone joins him in his pity party. These people are insane.”

She exhales a fog of smoke and continues.

“I got tired of hearing him screaming and crying, so I told him, “Donald, you should do like I always say and ‘Be best.’ Do you know what he did? He threw chicken bones at me and said, ‘Get out! I hate you. I hate you–– I won!’ He’s so funny when he’s mad like that. I laughed very hard. He probably Tweeted to feel better.”

Mrs. Trump is looking forward to moving out.

“The White House looks pretty on outside,” she says, “But it’s a dump inside. It’s like Donald with his fake teeth, make-up, and silly wig.”

“Everything is very old in there,” she says. “They say it is historic. I say it is crap. I wanted to throw out old furniture and paintings of old presidents, paint the interior gold, get new furniture, put in a disco with a mirror wall, lighted dance floor, and a mirror ball. They tell me I cannot do that. They say we have to preserve history. Who cares? History is old. I like new.”

The First Lady tosses her cigarette butt on the carpet and snuffs it out with the bottom of her Manolo Blahnik pump.

“This place is a hellhole,” she says. “I can’t wait to get out, get my divorce from Donald, get my payout, and get on with my life. I am tired of playing the happy wife. I will take my money and run. I earned it being with him. I am tired of babysitting Donald. He is a spoiled brat. Everything is about pleasing him and his stupid ego. Donald is a pathetic man. A hateful human. So sad.”

She lights another cigarette.

“Donald makes me feel cheap,” she says exhaling a plume of smoke. “And I am very high class.”