H.R.5546 National Childhood Vaccine Injury Act of 1986 is not Broken; It never worked—Repeal it!

The vaccine/pharmaceutical industry went to President Ronald Reagan and threatened to stop making vaccines because they were being sued too much for their faulty products.  As such, the President signed off on HR 5546, a great tragedy for children.

Although I believe this Act was formulated by people with the best intentions, it immediately underwent a transformation to benefit the vaccine/pharmaceutical industry.

The National Childhood Vaccine Injury Act of 1986 (NCVIA or Act) created a no-fault compensation program to stabilize a vaccine market adversely affected by an increase in vaccine-related tort litigation claimant can then decide whether to accept the court’s judgment or reject it and seek tort relief from the vaccine manufacturer.

Establishes the National Vaccine Advisory Committee to recommend: (1) ways to encourage the availability of an adequate supply of vaccines; and (2) research priorities.

As someone who experienced all the childhood illnesses now being put forth by the vaccine/pharmaceutical industry as deadly diseases, I can attest to the fact they are no such thing.

There are most certainly deaths and damage to those with comorbidities, but those numbers are relatively small when it comes to the number of children/people who suffer death and damage from these shots.
Those numbers are buried in a subcontracted database by the name of the Vaccine Safety Database [VSD] which was set up to be immune to Freedom of Information Act [FOIA] requests.

Take, for example, the approval of the Dynavax Hepislav B by the Advisory Committee on Immunization Practices (ACIP).  Here evidence is discussed how this shot can cause myocardial infarction.  There is no discussion of whether or not there are lesser damages to the heart that can result in death later on.  Are potential recipients made aware that these can occur?  I suspect not.

The CDC has handouts prepared to assuage the concerns of recipients rather than inform them.  The word I’ve heard is that references to vaccine-inserts are discouraged.  But those inserts more accurately list the risks of any such shot which can be far deadlier than any benefits of the shots.  Below is an ACIP meeting relative to the Dynavax Hepislav B.  [Note the use of the inaccessible VSD.]

The US Vaccine Advisory Panel, called the Advisory Committee on Immunization Practices (ACIP), is the group that approves vaccines for public use in the United States. Most members have connections to the pharmaceutical (aka vaccine) industry.

Because the medical/pharmaceutical industry refuses to provide testing to document vaccine injury, it is difficult to prove what damages vaccines inflict.  I attempted to have some testing done that would have

shown the extent of my own vaccine injuries to no avail.  Tests done within the system would have been covered by health insurance.  But the vaccine-injured [most often] must pay for such tests out-of-pocket which can be exorbitant.

There are tests that can be done to show those most likely to suffer damage from these shots. Mds will not do them or provide Medical Exemptions [MEs] for fear of losing their licenses to practice.

But they are not safe and they spread disease.

I have vaccine-injured children.   The costs to raise such children are extremely high.  Using myself as an example, I assume much of the requisite testing costs are out of reach for most.  Vaccine-injury provokes poverty—a poverty supported by a corrupt system.  Testing [for most] is an expense that cannot be borne.

I declined a free pass to medical school in 1976 because there was something terribly wrong with my toddler.  It was vaccine-induced brain damage.

I had planned a career in genetic research from the time I was a preteen.  All those hopes were dashed when my child was injured by the supposed life-saving inoculations he received as a tiny baby.
I had survived in an age where these shots were not available, I had my misgivings as to their necessity but they were pushed by my child’s pediatrician.  Did my baby’s pediatrician receive income from pushing these shots?  Pediatricians do now.  Below is a pediatric compensation schedule for 2016.

Provides that compensation awarded under the Program shall be paid out of the National Vaccine Injury Compensation Trust Fund. Limits awards for actual and projected pain and suffering and emotional distress to $250,000. Prohibits awards for punitive damages.

Two-hundred-fifty thousand-dollars is a paltry amount for a life.  Again—using myself as representative of the multitudes of vaccine-injured, what do you suppose my potential lifetime income would have been as a genetic researcher?

If my children’s brains had not been damaged by their baby immunizations, would they have inherited my skills?  If they had, what would their lifetime incomes have been?

The compensation awarded by this program is little more than a joke.  And no punitive damages?  If we are being experimented on without our consent, this is a malicious act.  But it appears our government is taking part in the feast on human life.  The DOJ works against the victims in this court, defending against damages inflicted by vaccines.

Provides that no vaccine manufacturer shall be liable in a civil action for damages arising from a vaccine-related injury or death:

(1) resulting from unavoidable side effects

(2) solely due to the manufacturer’s failure to provide direct warnings. Provides that a manufacturer may be held liable where:

(1) such manufacturer engaged in the fraudulent or intentional withholding of

(2) such manufacturer failed to exercise due care. Permits punitive damages in such civil actions under certain circumstances.

“Just because it’s on the list doesn’t mean it happens.”

Since the inception of H.R. 5546, the vaccine schedule has gone from a few immunizations to this [I think this graphic is from 2016.  If so, more shots were added in later years.]

Seventy-four % of our children are now also chronically ill.  But then, look up what they are injected with starting from conception.

I wonder if today’s babies and children are even able to develop the critical Blood-Brain Barrier [BBB] with everything injected into their systems to breach it.

H.R. 5546 has always been a disaster.  It needs to be repealed to save what’s left of our children—our people.

The CDC needs to be disbanded.  It is a marketing arm of the vaccine/pharmaceutical industry.  The CDC owns patents relative to many vaccines and benefits financially from our demise.

CDC Members Own More Than 50 Patents Connected to Vaccinations

As a tribute to the tenacity of someone I admire:

Thank you, Brandy Vaughan, for your courage and compassion. RIP December 8, 2020.

I was badly wounded by this response to one of my pleas for help for the vaccine-injured.  So much so that it took me almost a year to respond to such callous indifference to human suffering that had slashed me to my very soul.

My reply to the answer I received became a very public one.

“What a crock of sh**. I’d laugh, but people like you are literally getting people killed.”

Every second this Act remains in place, another baby or child or adult is killed or maimed in some way from these shots.

An Extraordinary Article by Whitney Webb: The Cover-Up Continues

I’m a clicker. · I click links until the ‘cows come home.’ · The information Ms. Webb revealed in he ... 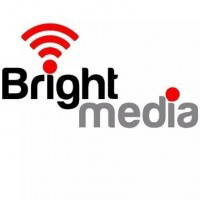