GAETZ BLAMES TED CRUZ’S DAUGHTERS FOR INSURRECTION, “THEY MUST BE GROUNDED” 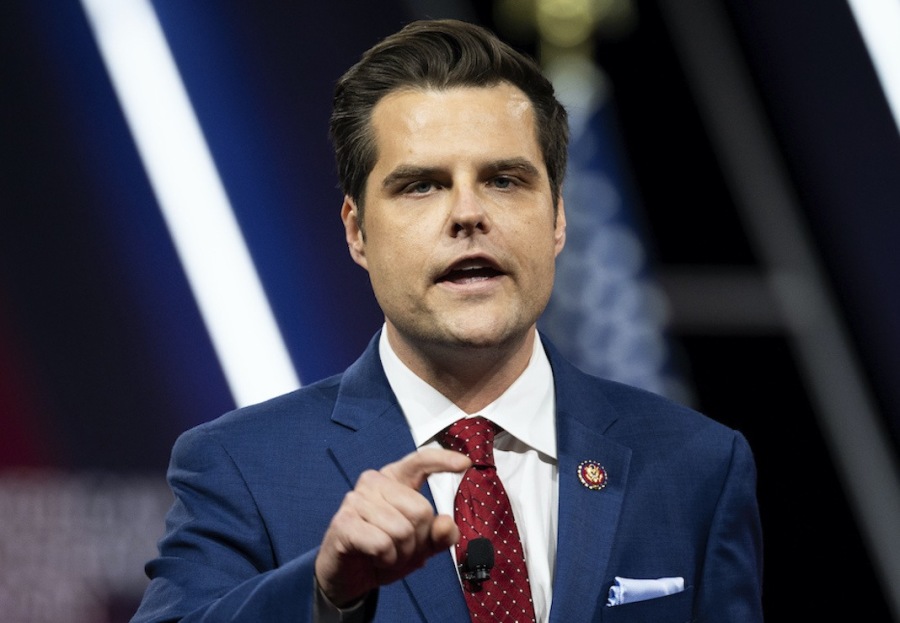 Florida's Republican Congressional Representative Matt Gatez told The Lint Screen the insurrection on January 6 at the U.S. Capital was the direct result of Ted Cruz's twelve and ten-year-old daughters.

"Those girls are born troublemakers," the righteous politician claims. "They forced poor Senator Cruz to take an ill-timed Cancun vacation, and now I think they were the ones responsible for the attack on the Capital building."

"The entire event on January 6 was an obvious false flag operation of Antifa," Gaetz says. "Of course, the evil Democrats who hate democracy tried to blame it on white supremacists and right wing militias. That's total B.S. There is no such thing as white supremacists– they are boogie men who only live in the imagination of liberals. I think Democrats create these fantasies because they feel so guilty about stealing the election from Donald Trump, who is without a doubt America's greatest president."

"I think the rowdy girls are rebelling against their parents," Gaetz says. "It's very common. I believe they were influenced and triggered by Nancy Pelosi, and the result was an Antifa insurrection disguised as Trump supporters trying to overthrow the government. That's a pretty bad thing to do, and I've suggested to Ted Cruz he ground his girls for at least a week. Maybe even take away their phones for a couple hours. They've got to pay for their crime."

Gaetz said he is a forgiving man who is happy to forget the insurrection ever happened.

"I think the Democrats keep trying to make a big deal out of what happened on January sixth," Gaetz declares. "It happened, it's in the past. There is no need to investigate. Let's forget about the ancient history and concentrate on the things that really matter– like investigating Hillary's emails, Hunter's laptop, and Benghazi, Benghazi, Benghazi. And for God's sake, let's stop this ridiculous worrying about nonexistent 'white supremacists.' The idea is preposterous."

Gaetz apologized for ending the interview saying he had to run to an important Proud Boys meeting.