“DADDY MAY REFUSE TO LEAD AMERICA AGAIN BECAUSE PEOPLE ARE SO MEAN,” IVANKA SAYS 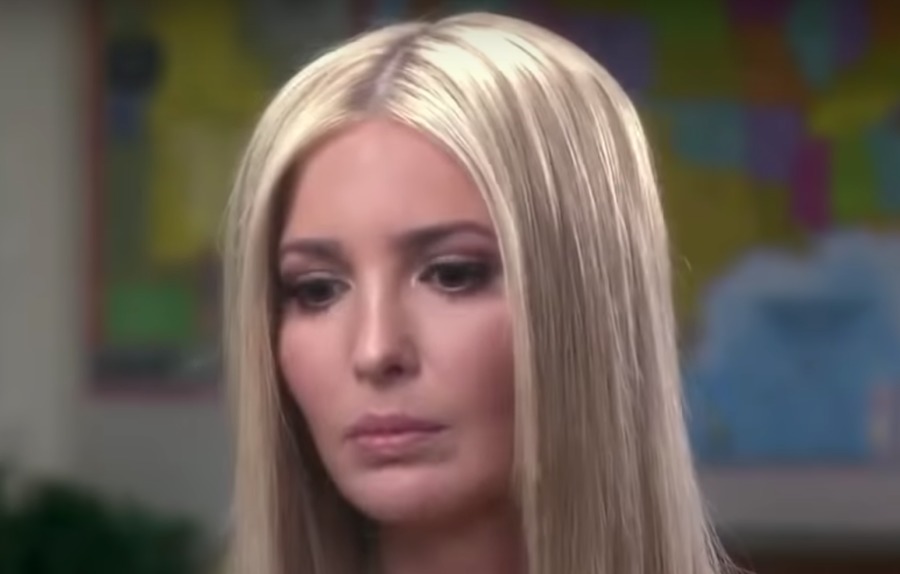 Ivanka Trump is one hundred percent positive her father won a decisive victory in the presidential election, but even so, she says he may not serve again.

“Daddy’s pretty angry,” the first daughter told The Lint Screen. “So many Americans have been mean to him and disrespectful–– even people like Fox and Friends, who he thought were his friends. Daddy said he might not serve his second term. And that would be catastrophic for the country.”

Ivanka says she does not trust the election results she has seen in the media.

“As Daddy likes to say, it’s fake news,” she says, as she brushes back her luxurious blonde hair. “You know it’s false because you saw all those incredible crowds who came to hear Daddy speak at airports all over the country. There had to be millions of people at every rally, easy.”

Ms. Trump thinks Americans need to be much more appreciative.

“Look at what Daddy has done,” she says, shampooing her long straw-colored mane. “It’s an amazing track record. He built the world’s greatest economy, ended the COVID-19 pandemic saving millions of lives, did more for the blacks than Abraham Lincoln, and kept many Hispanics out of cages. No president has done more.”

She begins her rinse, whipsawing her hair from side to side, spraying our offices. Ivanka begins applying conditioner packed with green tea and sunflower seed extracts, and jojoba oil. Husband Jared Kushner enters with warmed thick ‘n thirsty Turkish towels. When she finishes a second rinse, her manchild hubby towel-dries her scalp. He begins brushing and drying her glorious hair as she shouts over the noise.

“And after all Daddy’s done,” she says, “it’s insulting to have a hoodlum like Joe Biden and his crime family cheat him out of the election. An election everyone knows he won fair and square.”

“I think every American owes Daddy an apology,” she says. “They don’t know or appreciate how much he gave up to be their leader. We estimate Daddy could have made $300 billion had he not accepted the stupid presidency job. And since he took it, he’s lucky if he made $10 billion. It’s just not right.”

“Watch it, you clumsy asshole–– there was a tangle!” she rebukes him.

“Sorry, your majesty,” he says, cowering. “I’ll be more careful.”

“If people want to make it up to Daddy,” she says, “our family has started a new fund to demonstrate the country’s gratitude for the great job President Trump has done. And I suggest people donate heavily, or he’ll really be upset.”