HAWLEY SAYS, “FBI SHOULD LIGHTEN UP” ON INVESTIGATING INSURRECTION 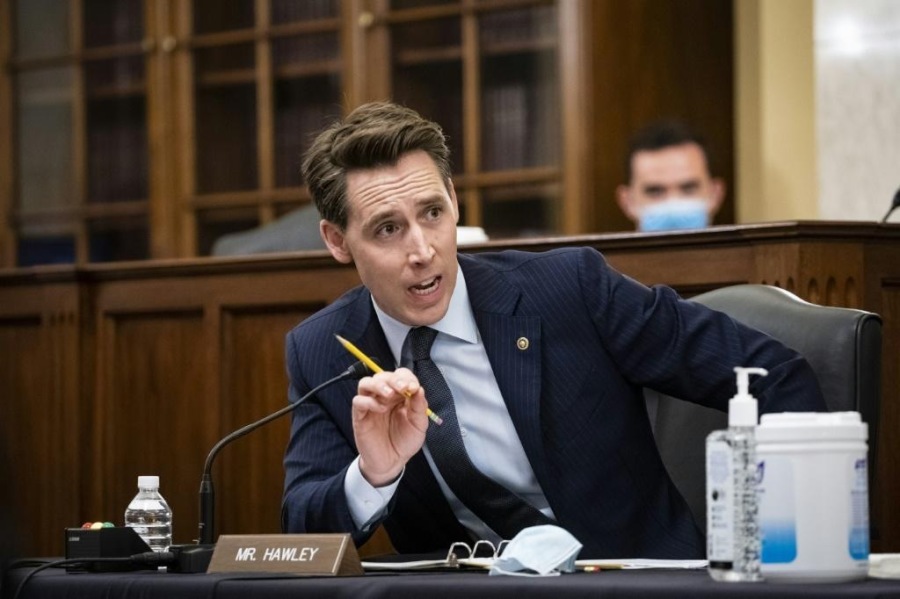 Missouri Senator Josh Hawley is a forgiving man, and he believes FBI Director Chris Wray should also be merciful.

Yesterday, Hawley grilled Wray on the FBI response to the January 6 Capitol attack. The clean-cut Ivy League-educated dandy who portrays a populist in Washington became visibly agitated on learning the FBI is conducting an exhaustive investigation into the deadly insurrection.

“I don’t understand, Director Wray,” Hawley said. “Why do we have to spend all this time and tax money on a little misunderstanding? Why are you hassling innocent people? The whole thing seems like overkill to me!”

G-Man Wray seemed perplexed by Hawley’s line of questioning. After telling the senator the FBI was using smartphone geolocation as a tool in investigating the crimes committed, Hawley became incensed.

“Do you think that’s fair, Director Wray?” Hawley asked. “Why is the FBI using advanced technology to harass good, honest, law-abiding American citizens? It doesn’t make any sense. You are invading the privacy and freedoms of Constitutional-loving American citizens–– and for what? Because you have some liberal vendetta against freedom?”

Hawley threw his arms into the air, looking like a windsock outside a used car lot, and continued his rant.

“Who’s to say those poor people weren’t simply confused about the start time of The Capitol tours? I think that may have been what happened. The FBI should lighten up on this unfair investigation! Just drop the investigation and let’s move on!”

“We can’t go on doing these witch hunts on good God-fearing, America-loving citizens,” the bearded ivy League-educated Cancun tourist pretending to be a man of the people said. “There is nothing to see here with this whole messy investigation. It happened, so what?! It’s in the past. We should get on with life and try to unify our country. I want unity for all!”

“Ted’s right,” Hawley agreed. “Let’s just let bygones be bygones and close the book on this awful infringement on American rights. Director Wray, you and your people, should be ashamed of yourselves,” Hawley said, wagging his finger. “You’re a disgrace.”

Wray looked at the two senators in disbelief.