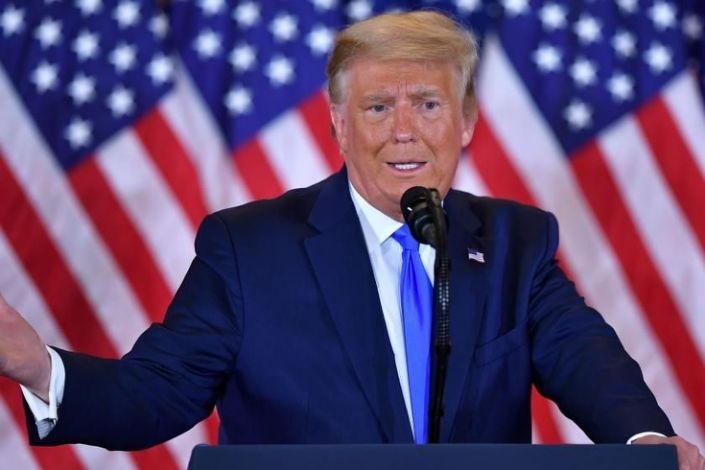 According to President Donald J. Trump, he is victorious in his re-election bid against Joe Biden.

“I won, and it was a huge victory,” Trump told The Lint Screen. “No one’s ever seen a victory like it. Everyone says so. The biggest ever.”

In a stunning development last night, the president signed an executive order outlawing arithmetic in America and demanded the presidential ballots not be counted.

“It’s ridiculous,” Trump declared. “I put a stop to all this crooked counting. One plus one is two–– says who? Look at the history of arithmetic. It wasn’t even invented here. Math came from Greece or some other shithole country. I like things made in America, so I decided to get rid of it. I’ve still got a lot of work to do making America great again.“

The president says he is confident he won.

“Absolutely, I won. I won bigly,” he said. “You know it, I know it, everybody knows it. And sleepy Joe Biden knows it. I cleaned his clock. We don’t need math to tell us that. It’s obvious I won. Look at all the people who came to my rallies. How could I possibly lose?”

Trump gets agitated as he talks about the election process.

“It’s very corrupt, very crooked,” he fumed. “Look–– where do all these blue ballots come from? I’ll tell where–– Democrat-run cities. Is that fair? Hell no. And since those cities are full of Antifa and anarchists, why should they get a say? I’m the law and order president, and I’m here to tell you the whole damn system is rigged, and arithmetic is to blame.”

The Biden campaign has not conceded the election.

“That guy’s nuts,” said a campaign official. “Let the blowhard rant. He’s got to run out of hot air someday. We’re packing and getting ready to move into the White House.”