Although TAPHS is a framework for creativity and has little to do with literary writing, I figured that the optimal way to convey it and its value-add is through a short story, a real-world use case that many people can relate to. Although I’m sure Lada and possibly a few others would be able to grasp it in its geometrical form, this is an article for a larger audience. Perhaps I can write more about it, in a non-fiction sort of setting, in another article.

Characters and setting: a team of professionals in a furniture company is tasked by the management to come up with a new design for a table. The requirement is that its design is relatively novel, not too expensive to manufacture, and can jump-start a new line of products, should it be successful. In this special task force of sorts assembled, there is an engineer, Tom, who has experience in all sorts of CAM processes and can take any table design into production, ensuring stability and sustainability. Alice is an Arts major who specializes in design work and is an essential member of that team. Then there is Patrick, who is a mathematician, doubling as an analyst. He recently finished a data science course, although his passion is geometry. Helen is also into Math, though her specialty is business intelligence. She's good at taking notes and bringing about the business domain knowledge into the picture, closely liaising with Sam, the project manager who undertook this task. Sam doesn't say much but is good at putting things together and making things happen. After the initial pleasantries, this is the conversation that ensued.

Tom: So, perhaps it’s good to start with a classic design and work on its features for novelty. After all, conventional designs are more recognizable and easy to manufacture, while they are known for their durability. I propose a standard square table.
Alice: I hear you, Tom. But didn’t the management ask for something more novel? I’d go for a completely different design, maybe something involving a disc shape. We can also put some nice drawings on its surface to make it more pleasing for the eyes.
Tom: I don’t know, Alice. Circle-shaped tables are not very original either. The square table has way more benefits.
Patrick: I agree with Tom, but I'd like to propose something somewhat different. Perhaps a rhombus-shaped table, which can be like a regular square table but tilted by 90 degrees in relation to the legs.
Alice: But isn’t that just a square table with a twist? Our customers will think that we’re trolling them!
Helen: OK, how about we find some middle ground here and settle with all of these three shapes together? That would be original, wouldn’t it?
Tom: I don't follow. Could you explain, please?
Helen: Well, we can have all three designs, the square, the circle, and the tilted square, or rhombus as some call it, overlaid on each other.
Alice: I like this idea. It's more imaginative and artistic, for sure.
Patrick: OK, but we don’t have any numbers on the success of such a design since there’s nothing even remotely similar on the company’s database.
Tom: Not only that, but the design is a bit complicated and will require additional time to figure out all the relevant parameters for putting it into production. Let alone all the analysis on structural integrity, which will put us back at least a week.
Alice: Come to think about it, the design might be a bit too busy. I’ll have to side with Tom on this one.
Helen: OK, but what if we were to combine the three designs differently?
Patrick: Let me bring a sketching pad and see what I can come up with as I put this challenge on paper.
Alice: I’ll bring my equipment too. Two heads are better than one!
Tom: I’ll start up the CAD software and see what I can do too.

After a few minutes, the four coworkers were hard at work on some novel design based on Helen’s suggestions. In the meantime, Helen and Sam had a sidebar where they discussed the idea further. Sam went around the table (which was round, by the way) and looked at each one of the designs the other members of the team were working on, asking clarifying questions to understand it better. Eventually, they had to stop as there were meetings they all had to attend. Before they finished though Sam came up with a solution that combined all of the ideas the other members of the team had put together. It was a square-arc-oid, whose arcs replaced the corners of the square. The specific points where the straight lines stopped and the curves began were defined by the tilted square as it was overlaid on the original square. The proportions also made artistic sense since they were very close to the golden mean (Patrick verified that!). So, as the meeting was coming to an end, Sam said:
“Thank you everyone for your input. You've all contributed to this project immensely and in your unique way. Let's now get this design to the stakeholders. We have a novel table to build!"

Naturally, the squarearcoid shape was one of many that can come up from combining a circle and a conventional regular polygon. So, if this design were to be successful, there was plenty of room for additional designs following a similar pattern. As a bonus, the curved table was more children-friendly and artistically pleasing, combining the best of both worlds. Now that's what Sam would call a win-win, which was also the team's motto from that point onwards.

By the way, TAPHS stands for Thesis, Antithesis, Parathesis, Hyperthesis, and Synthesis. More details about it are to come in another article. Stay tuned!

in beBee Writers and in 3 more groups

As John had pointed out, creativity is like fencing. I just tried to fence my way around these concepts. 🙂

Zacharias, I liked how you have woven the story around the geometrical shape that immediately reminded me of a famous logo. :) I even tried in the CAD software to combine the mentioned shapes in some different “squarearcoid” shapes (I couldn't help myself 😊).

You gave us a great example of diverse concepts combined into a coherent whole. :)

ChatGPT as a Learning Resource

Source: LinkedIn · For the past three years, I've had an aversion towards LinkedIn, mostly because o ... 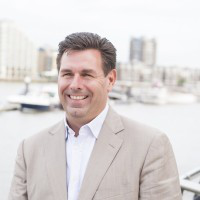