The Simple Joy of a Smile (or several): Part II 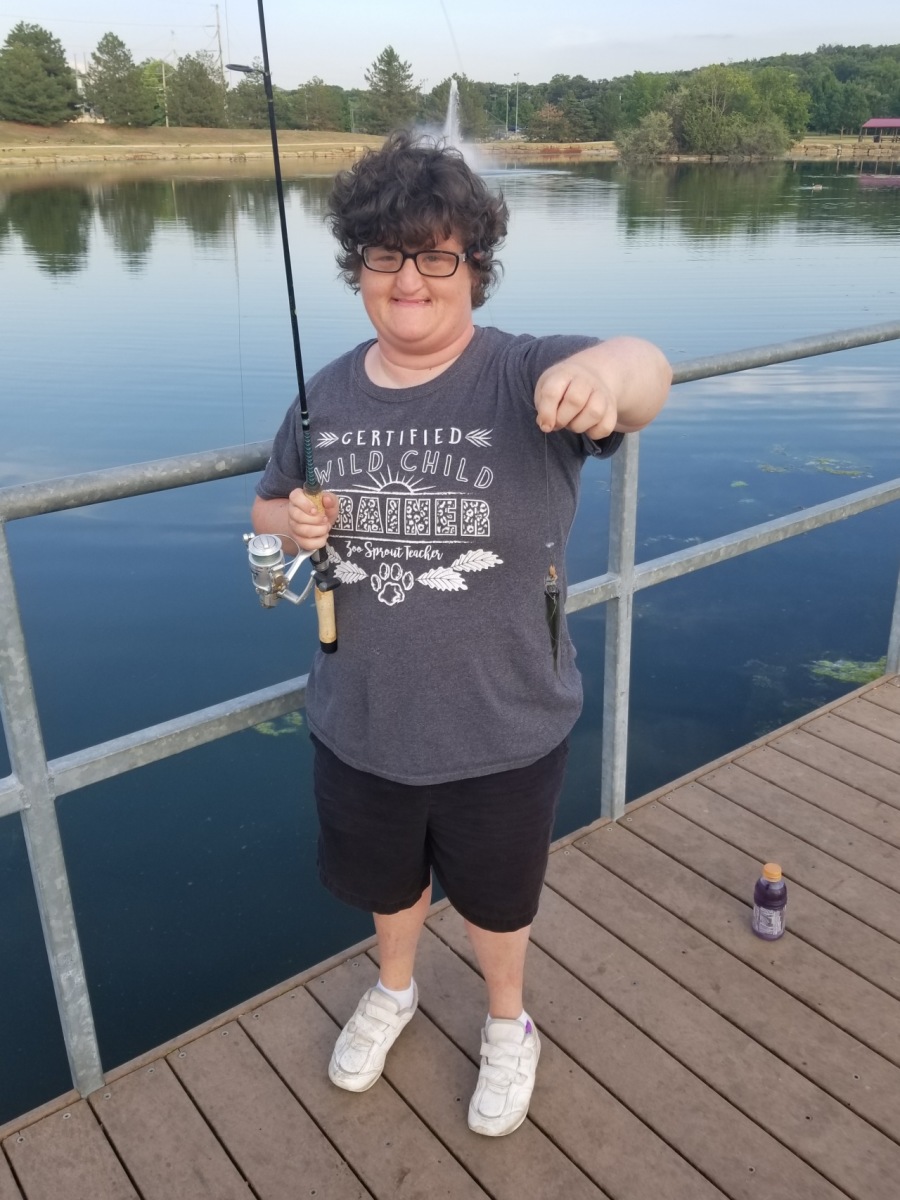 Another captured moment/series of moments. Just like before this post is a simple reflection of those "snap shots in time highlighting the simple and sometimes small things in life that make one smile.”

Over the past week, my wife and I watched our niece Laura while her parents were on vacation in Alaska. The week before Laura was in Seattle, Washington participating in the “US Games” for the Special Olympics representing Kansas at the national basketball tournament. They ended up in 4th place.

So the challenge was on for us to provide some opportunities to make her time with us, well, at least fun.

On Friday we took her to one of the local restaurants to share in an evening of revelry (minus the copious quantities of alcohol) with family and friends. This was followed by an excursion to one of the local ice cream stores where I screamed, she screamed and, yes, we all screamed for ice cream. 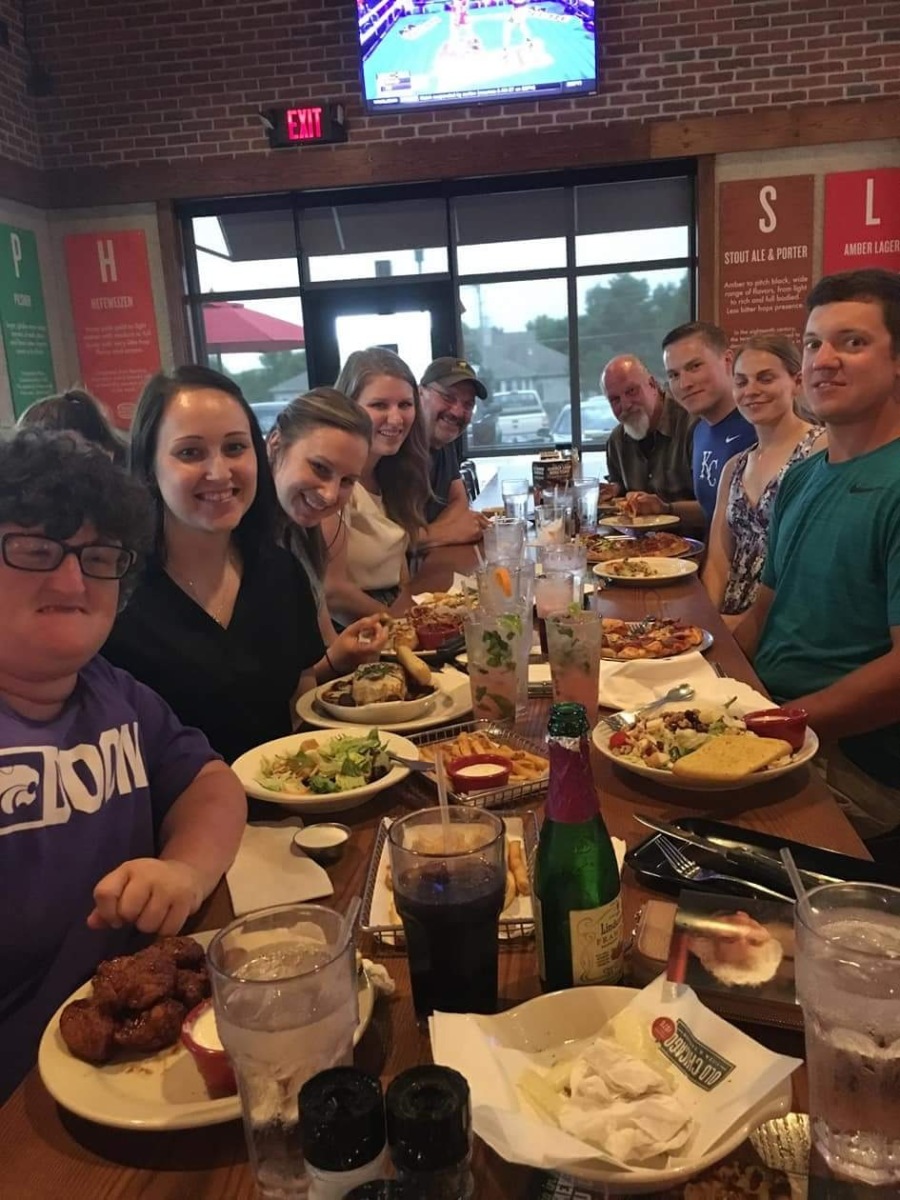 On Saturday, I took her with me to attend an event and wallah, we had a “photo op” with the Governor of Kansas. 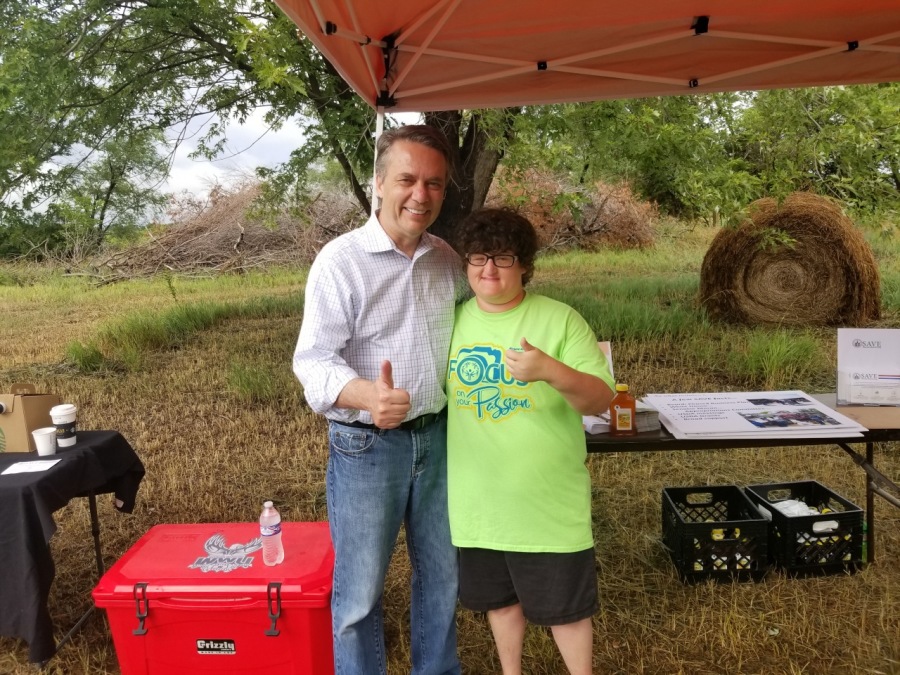 We spent Saturday evening at a 50th Anniversary Gala celebrating Special Olympics. Here she is in front of the trophies from the basketball tournament in Seattle. 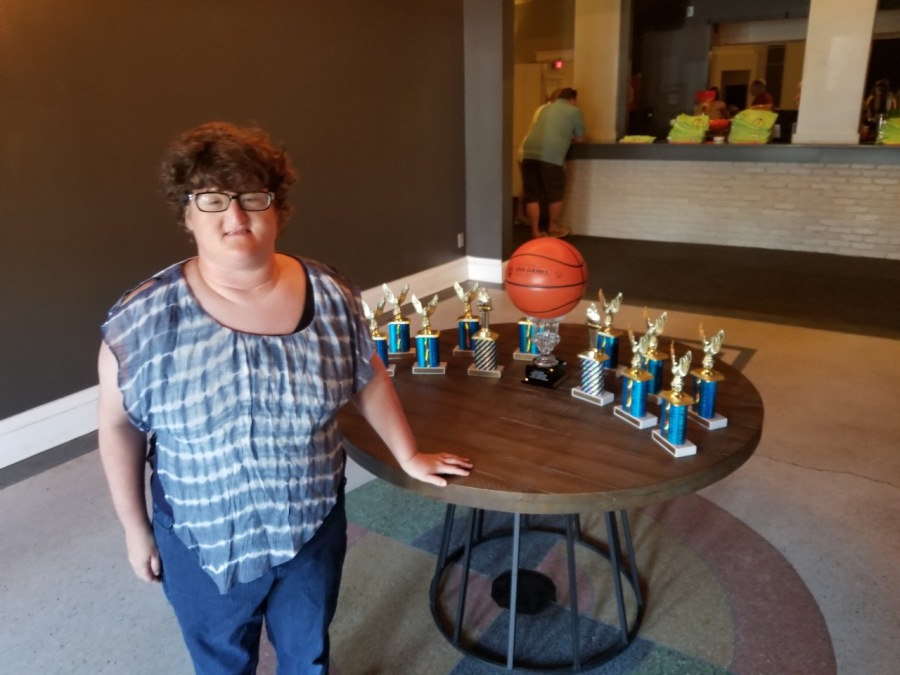 Then on Sunday, the K-State Women’s basketball team hosted a community event to celebrate the teams 50th Anniversary where she received a nice hug and a thumbs up from Willie the Wildcat. 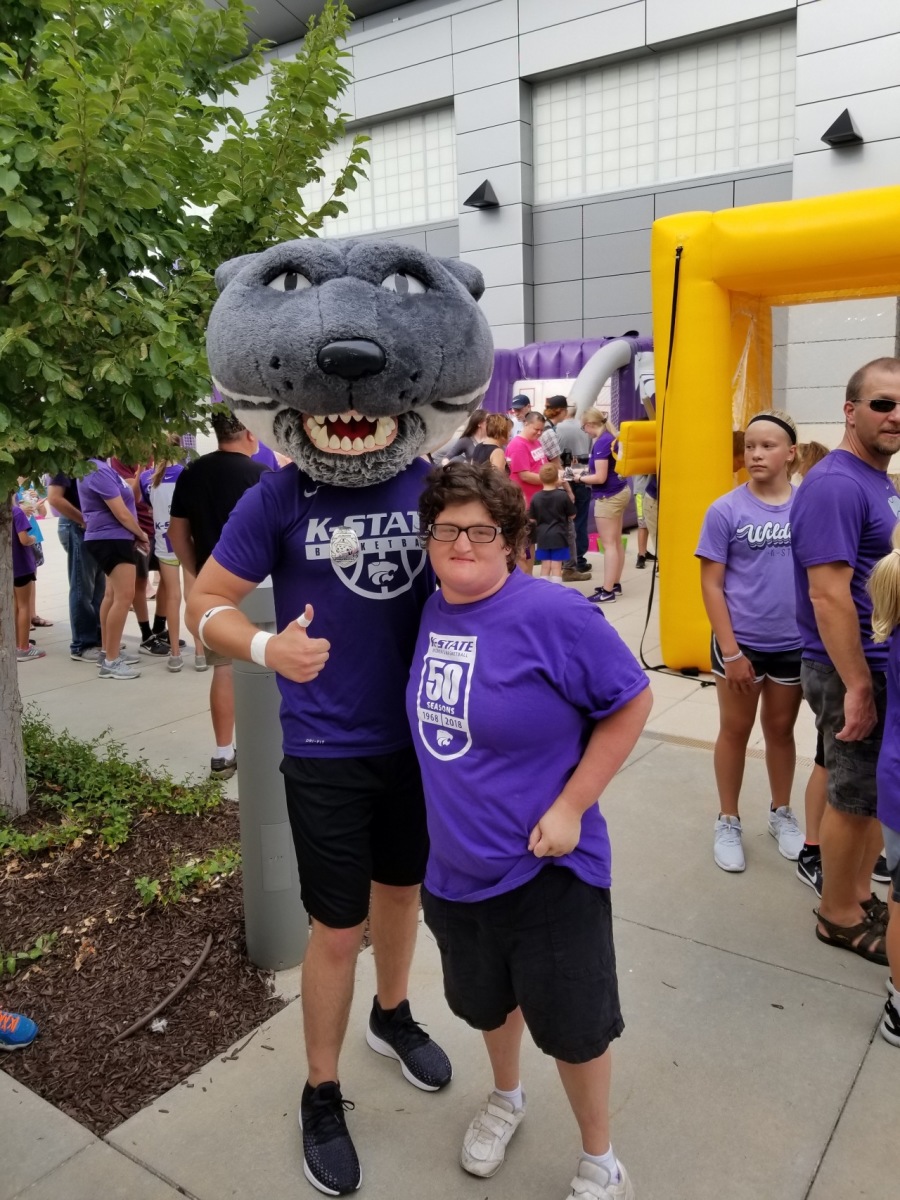 Monday, we found ourselves at a local “lake” on the west side of town helping Laura on her first fishing trip. All being said and done, she caught 25 bluegill (catch and release) and had the support of my brother and daughter’s boyfriend. 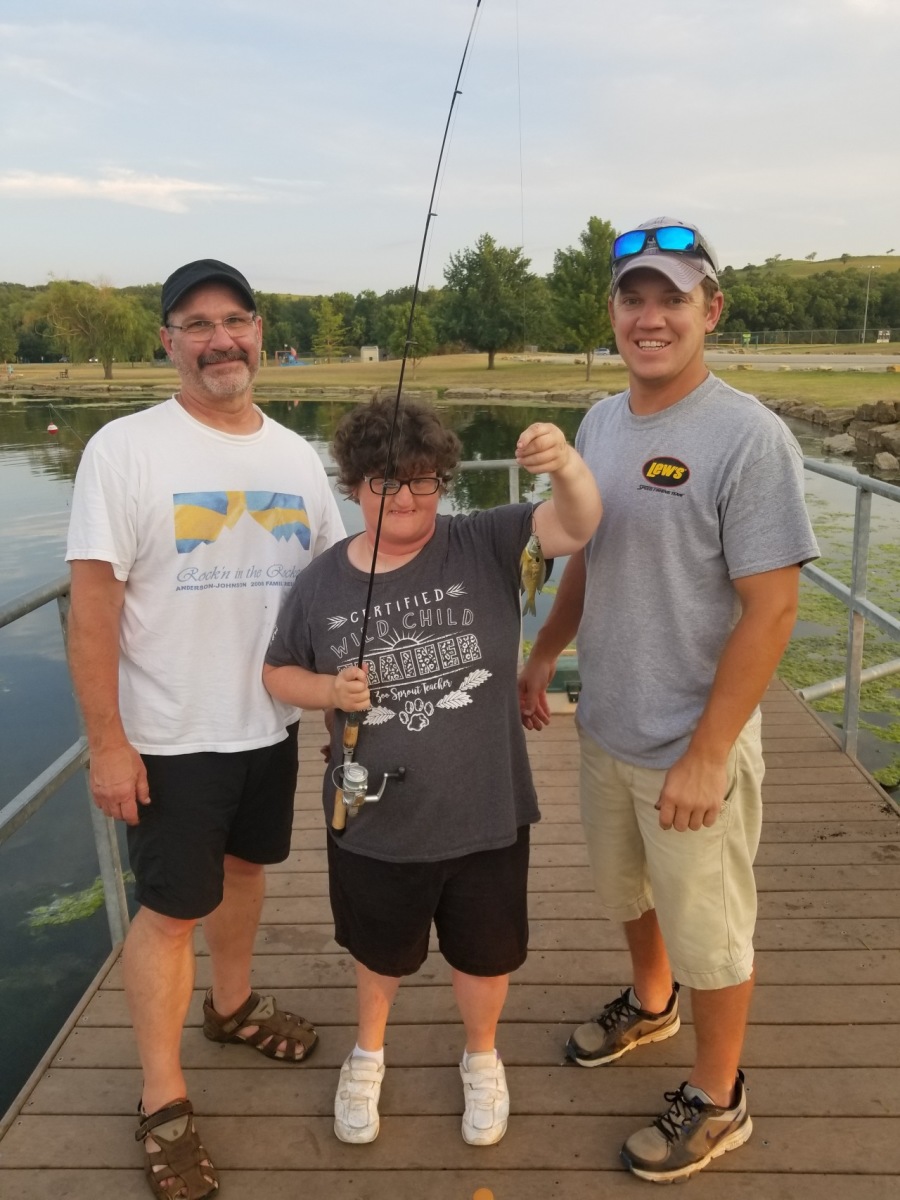 I find myself as “that uncle.” You know that “crazy weird” balding bohemian zz top beard wielding nut who teases her terribly and just loves to see her smile.

In the end, I don’t know who had more fun. My niece or me? But I think I re-learned a couple important points over the past week.

1)  It just might be OK to be "that uncle" who is "crazy weird."  And despite her telling me to trim my beard, it remains firmly implanted on my face.  and,

2) Yes there are challenges out there, but in the end I will take a smile any day.

For other works by Joel Anderson: https://www.bebee.com/@joel-anderson

Disclaimer: The views and opinions expressed in this post are solely those of the author

You will know you've done good in the smile of a child.

#19
Please make sure the picture is blurry and controversial. If it actaully proves Sasquatch exists or disproves it the journey would end of mystery. No i think i would rather live the mystery and hear your tales of the search.

#13
Gracias Jose. Keep taking those photos that capture the moments in our lives. I hope that all is well with you and all the good people in Puerto Rico? Keep making a difference in a world needing difference making. Lo mejor de mí

#11
Thank you Harvey Lloyd--Regardless of where we are, what we believe we can always take time to enhance the heart of another. I have heard that there have been several "squatch" sightings near one of our river. Will see if I can get photographic evidence.

#9
Ken Boddie Your response made me chuckle. We were having some stuff done to our drive way. The lead dude on the stuff doing detail proudly sported a very long, and yes zz topish looking crumb catching "T." We had a great conversation with him on one of their breaks in the heat and then we came back inside. My wife said, did you see that beard? It really looks........She stopped dead in her tracks, looked at me, smiled and just said "yup" and walked out the door. I think its growing on her too. No, not in a literal sense my goodness. Just in case, let me rephrase that. I was talking about the fact that I think she is beginning to like my crumb catcher. :)

#8
Phil Friedman thank you and yes, you are absolutely right. Special in so many ways.

Way to go, Laura - an Olympian of both heart, mind and body!! And you ROCK too, Joel Anderson...there's no better crazy that love and laughter :)

Regardless of where we are, what we believe we can always take time to enhance the heart of another. Great buzz and i am sure a fulfilling experience. Rock the beard boss, may ZZ Top roll on. I have grown one once, i look like a vagabond Santa.

Yes we all scream, Joel, for miles of smiles. As for the beard trimming suggestion, and as one who is similarly afflicted with a crumb carcher, I find that beards tend to grow on people. 🤣

The Special Olympics and those who participate in them are... well, special. There is no other way to say it. Cheers! 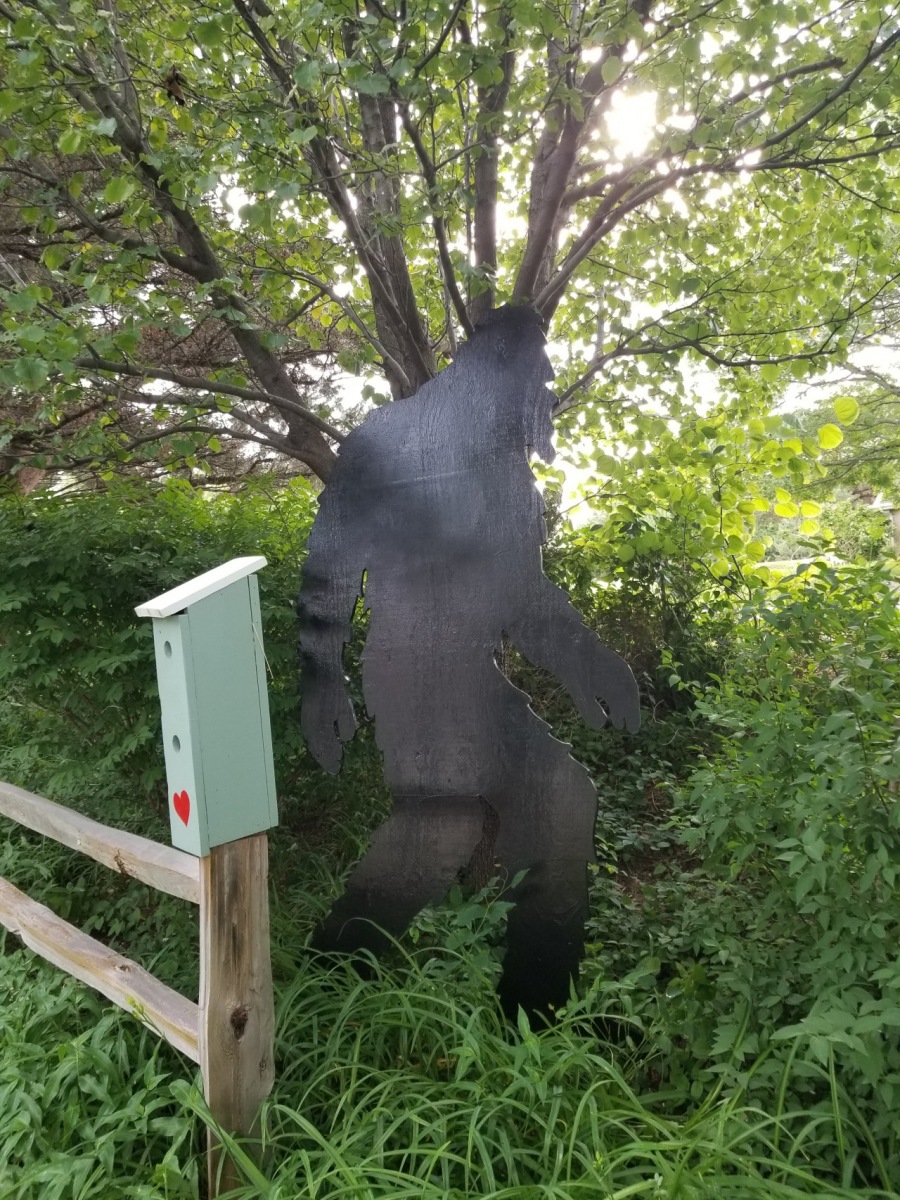 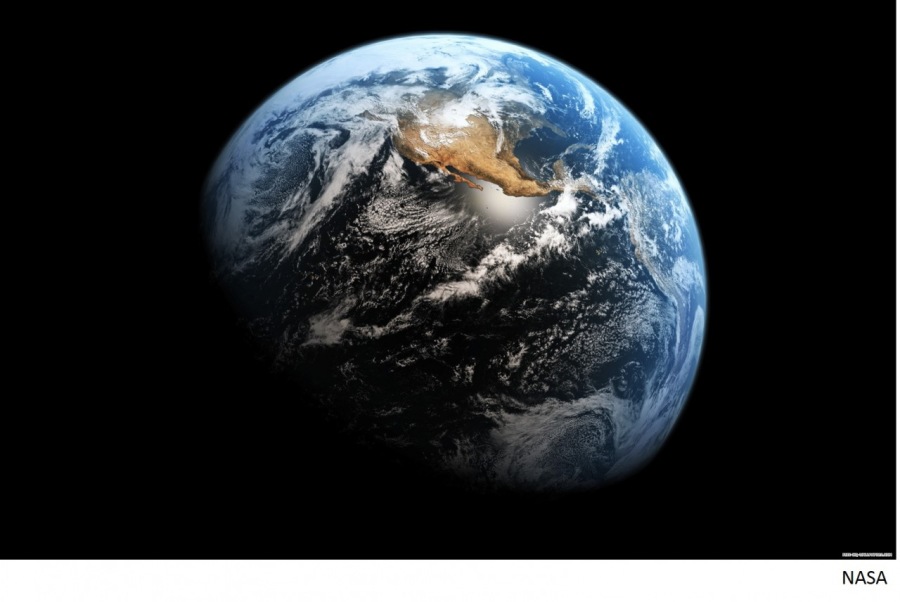 “The Horizon is out there somewhere, and you just ... 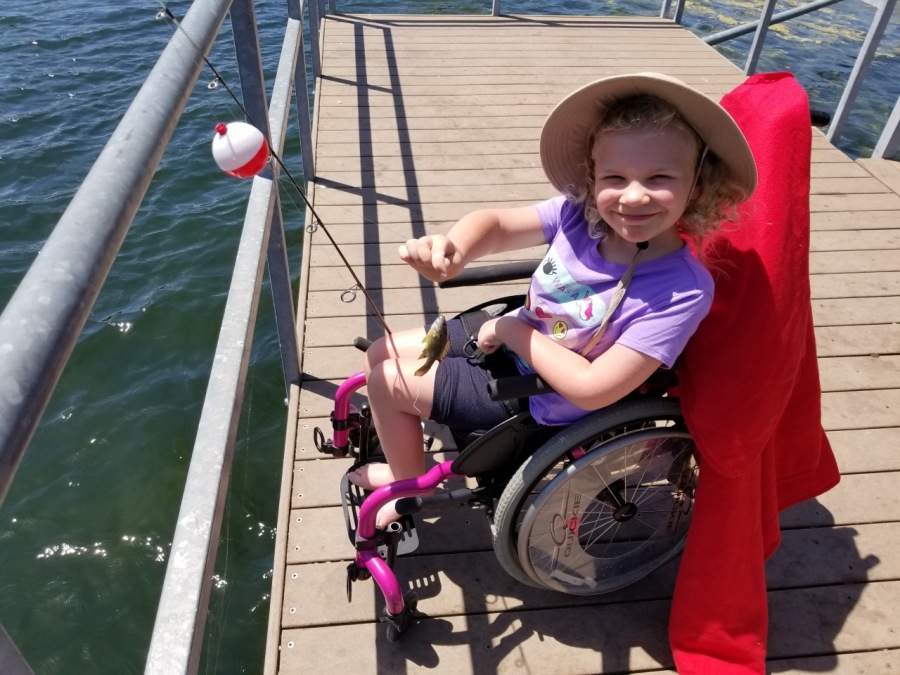 The Simple Joy of a Smile

A captured moment. One of those snap shots in time ...