Show Me the Intelligence

IT'S TIME TO STOP ACCEPTING AT FACE VALUE THE HYPE OF PROPHETS OF ARTIFICIAL INTELLIGENCE AND INSTEAD ASK TO SEE THE HARD EVIDENCE...

“Artificial intelligence will reach human levels by around 2029. Follow that out further to, say, 2045, we will have multiplied the intelligence, the human biological machine intelligence of our civilization a billion-fold.”

The hype about the rapidly approaching Singularity of Artificial Intelligence comes not so much from the Prophets as from the Profits of AI...

A recent article in Forbes loudly purported to provide us with "10 Powerful Examples Of Artificial Intelligence In Use Today". Unfortunately, not one of the examples cited represents a true instantiation of Intelligence, artificial or otherwise.

The operating principle in the promotion of AI seems to be if you say it loudly and often enough, people may believe you...
― from "The Emperor May Be a Bot... But He Still Has No Clothes"

"... look for example at a driverless car, that's a form of ... modest intelligence, the average 16-year-old can do it as long as they're sober, with a couple of months of training. Yet Google has worked on it for seven years and their car still can only drive ― like on sunny days, without too much traffic."

Let's get real. At 16 years old, 4'9" tall and well under 100 lbs, Mary Lou Retton, could have kicked the ass of the 180-pound Boston Dynamics back-flipping "super" robot fifty times over...

To read the series, go to:

4. "The Prophets VS the Profits of Ai"

5. "The Anthropomorphization of Ai"

About me, Phil Friedman:  With some 30 years background in the marine industry, I've worn different hats — as a yacht designer, boat builder, marine operations and business manager, marine industry consultant, marine marketing and ghostwriter, yachting magazine writer/editor, yacht surveyor, and marine industry educator. I'm also trained and experienced in interest-based negotiation and mediation. In a previous life, I was formally trained as an academic philosopher and taught logic and philosophy at university.

Author's Note:  If you find the series interesting and enjoyed reading it, please register your likes and comments, and share it on your social media platforms. Thanks for supporting human common sense and intelligence.

#21
Thanks, Aleta Curry, for your confidence. Cheers!

#14
Phil, I borrow that one from you, with a little modification. Cheers! Original: "Before writing comes thinking" TM by Phil Friedman :)

#17
@Phillippe Collard, thank you for the link to your LI article (really a paper). I cannot recommend too highly thar people interested in AI read it. You and I have actually been 1st level connections on LinkedIn for several years, and I cannot believe I didn’t see this great paper. Especially since I follow you there. But that is the way of LI non-distribution. Anyway, I will be adding the link to Recommended Further Reading in the posts of the series. Please feel free to comment here any time. Your voice will always be welcomed. My best to you. Cheers!

@Phili Friedman, YES! As one who is a veteran of the AI field (say 30years :-) and went thru the AI winter, I simply cannot stand the current hype. IN most case, it's done by some folks purely for self promotion. I wrote a lot on the topic. Feel free to share. https://www.linkedin.com/pulse/ai-hype-ground-truth-philippe-collard/ https://www.linkedin.com/pulse/artificial-intelligence-very-intelligent-philippe-collard/

#12
yes, Ian Weinberg, it seems that the general discussion on social media and the popular press of Artificial Intelligence has caused “us” to lose our minds. There are scientists and philosophers speaking out about this, and I hope to use the series to bring that more to the forefront. Thanks for supporting #SHOWMETHEINTELLIGENCE.

#13
I agree, Zacharias. Much of the hyperbole about Artificial Intelligence comes not from the Prophets but from the Profits of AI — those who run on aspirations of amassing fortunes, not on knowledge. Cheers!

People who talk so passionately about intelligence, esp. artificial intelligence, like the futurists do, are probably compensating for their own lack of intelligence :-) True A.I. scientists and engineers tend to be more humble about what A.I. can do and avoid making predictions about AGI and similar topics...

Drove home from work yesterday in a heavy thunderstorm. Had to slow down as I navigated torrential water streams (drew upon experiential data base); traffic lights out at major intersection - spontaneously all motorists co-operated to allow each to cross in rotation (Applied Chaos Theory); a little further noticed a young women in distress because she couldn't move to a turning line because of the jammed up traffic and floods - we all stopped to allow her to move over (drew on emotional intelligence and other value-based data). This is an illustration of current day to day human intelligence. In this context AI is but a linear computer game which has no resemblance to anything intelligent. Thanks Phil Friedman for hammering the point home, once and for all.

Thanks Phil Friedman, my friend, for this great series. I support #SHOWMETHEINTELLIGENCE. The voice of reason and care about other people. Kudos.

It's time to hear and see how the limitations and drawbacks will steer the course of A.I.

#5
need to check it out more closely later when i get some time, the weekends for me are the busiest part of my week, "Balls to the Wall"!

Kudos again, Phil, on this excellent series. There's certainly nothing artificial about your high intelligence!

Cool! Thanks for the structured post. Everything all tidied up!

Thank you, Randall Burns, for the share in Randy's Reads. Cheers!

#3
Thank you, Pascal Derrien, for taking the time to read and comment. I am keeping the rest of the series in the same vein, short and sweet and to the point. And thank you again for supporting #SHOWMETHEINTELLIGENCE .

Straight to the point

Thanks for indexing these posts, Phil Friedman - will make them easier to find in our busy feeds. 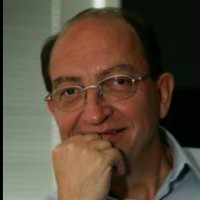 Key Attributes · - Strategist focused on solving the “markets / products / organization” equation with one target in mind: profitable growth. · - Highly adaptable to, and thriving in complex situation ...