The following may seem disconnected but it’s not:

I once had a Spanish professor whom I adored—educationally speaking.  He was dedicated to teaching.  He was an older man who had a reputation with the ladies.  Rumors swirled.

I didn’t care about his reputation.  I found his ideas to be fascinating, so I would often hang back after class.

He spoke more than once of how we were still living in a feudal system.  The thought had flitted through my mind more than once.  I had to agree with him.  It was far less obvious in those days, but I knew it was marching forward.

Yet in a next breath, he would proudly declare his lines were Castilian—that although he was born in Mexico, he was of pure Spanish blood. I wondered why he could not see the contradiction in his thinking—I said nothing at the time. His disdain for “Mexicans” was more than obvious. It reminded me of this:

Villeins, sometimes known as serfs, were given land by Knights. They had to provide the Knight with free labor, food, and service whenever it was demanded. Villeins had no rights. They were not allowed to leave the Manor and had to ask their Lord’s permission before they could marry. Villeins were poor.

“This article is part of our larger selection of posts about the medieval period. To learn more, click here for our comprehensive guide to the Middle Ages.“

How is it that we get trapped in such a mindset?  That we erroneously believe birthright grants us anything?  Instead of nurturing each other, we capitalize.  Each body has a worth to someone out there, and that worth [even these days] is not always relegated to the owner.

Bill Gates [and friends] have a dream.  There is a patent on an internal system that will credit the injectee with funds for subsistence.  Movement translates into digital payment.  No thinking allowed—just work.

Make no mistake—this is essentially a full reversion to feudalism.  The United Kingdom has made first moves towards legitimizing this by repealing the 1689 English Bill of Rights.

My point?
It’s something even I found almost impossible to believe—but after around two-year’s-worth of digging…    There are too many people to control effectively, folks…  Some of us gotta go.  There are different ways to accomplish that.

Do some methods involve partnerships between the Bill and Melinda Gates Foundation and Pfizer?

So we have Pfizer and the Gateses in communion in some projects.  There are those alleging sterilization occurs with GSK’s COVID shot. What’s in Pfizer’s shot?

[I learned a few years ago not to trust anything in a hypodermic needle. In 2017, I was given Heparin shots in a hospital. After two days' worth, a strange headache emerged and I waved off the nurse when it came to the shots. Although the headache persisted, the nurse did, too. Nurses constantly asked me if I wanted a heparin shot.

That strange headache persisted for over 2 ½ years and when I asked a neurologist about this strangely located pain in my skull after only one year; his response was for me to take ibuprofen.

In later researching heparin, I found it was probably porcine and contained aluminum.  Aluminum has been found to breach the Blood-Brain Barrier in animal studies.

My mystery was solved.]

Now on to the GSK /Gates connection

Are we in trouble because of these relationships?  You tell me...

And the hardest part is people are almost willing to hit you with a baseball bat to shut you up. They WANT those belief systems--that's why I say society is like a drug.

#2
It's going to get worse. The US government just cleared the way for human experimentation for a number of AI items. It's just the beginning. Of course, they're telling people it's to help them, but it's to help themselves. Being bilingual [you], you must understand linguistic nuances. It looks like you do. Did you learn both English and Spanish as a child? The reason I ask is that people here in the USA seem to be unable to comprehend how words are being used [very carefully] to manipulate the populous. It is most frustrating. For instance: People hear the phrase "vaccines are safe and effective" over and over and over again. But they aren't. It took me months to break the chains of Bernays in my mind before I was able to look at the ingredients and say, "You're injecting these into a baby? What are you, crazy?" Before that, I was completely hooked. Society itself is like a drug.

Brutal. I read about this but thanks for putting it out there. He needs to be in jail like NOW. I thought I was following you! But I just did...we are connected now, thanks for keeping up the fight! Xo

Had to correct that. It was Castilian--not Sicilian. It's been decades.

I was unable to update this, so I will inflict it upon you again. · Disease fascinated me even as a ... 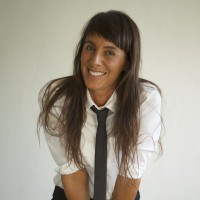