As the January 6 Select Committee wades through seas of incriminating evidence, The Lint Screen is unearthing facts and exposing the truth! We have obtained a swatch of recordings from inside the White House living quarters of disgraced twice-impeached Ex-President Donald J. Trump while watching his coup attempt live on TV.

Here is our exclusive transcript.

DJT: Look at that! Every network's showing how much my people love me! Go, guys, go! Beat the hell out of the goddamn cops. We've got to stop the steal and save America.

IVANKA: They love you, Daddy!

DJT: Everybody loves me, honey, babydoll, kitten. And I'll tell you why Ivanka. It's because I made America great again. I am the chosen one. It's no wonder I had the biggest inauguration crowd ever.

DJT: No. Not today, Eric. I'm watching all the angry people demanding that your father stays president.

ERIC: Are you really the president, Pop? I didn't know that.

DJT: We're in the White House, numbnuts. That's where the president lives. Isn't Big Bird teaching you anything, Eric?

DON JR: (SFX: DOOR OPENS) Hey, Dad, did you see all the violent rioters on TV? Oh, you got it on already. Isn't it great? The pissed-off mob likes you a lot!

DJT: People love me, Don Jr. Hell, I'm the most popular president in history. Everyone says so. And every American wants me to be their leader for life. (PHONE RINGS) Who the hell's call me during my show? Hey, Jimmie Jordan, are you watching this Capitol invasion on TV? Why not? What do you mean you're hiding under your desk? Show some balls, Jordan, and find Pence. Get that coward to the gallows. My people got the noose ready. They're waiting for him. Do it, now! Bye. (PHONE RINGS) Dammit, there's another call...

IVANKA: You're very popular, Daddy! Everyone loves you.

DJT: Shut up, Eric. Daddy's talking on the phone. Christ, Cruz, what do you want? Where the hell are you? What? Why are you hiding in a supply closet? You're supposed to be leading the Proud Boys to Pelosi's office like we planned. Where's Kevin McCarthy? Has that ass-kisser trapped Pence yet? You guys got to find Pence and hang him. I'm hanging up.

DON JR: Look, Dad! All the pretty flags with your name on them!!! They're stabbing cops with your flags!

IVANKA: I have a sexy teddy with your name on it, Daddy!

DJT: I know you do, sweetie. And Daddy loves seeing you wear it. (PHONE RINGS) What?! Mike, is that you? Where the hell are you? Everyone's looking for you. Why are you hiding? You're the Vice President. Have you overturned the election like I told you to? Why not? You know Biden cheated. Uh-huh. So what if he had seven million more votes than me. They were all fake! What? Don't give me any bullshit about the Constitution and carrying out the rule of law. The people want me. Come out of hiding, Mike. That's a direct order! Hold on, Pence, I got Hannity on the other line...

ERIC: Mr. Hannity has nice hair. I'd like to touch it. Looks soft.

DJT: Sean, are you seeing this? Our plan's working. The coup is successful! What?! Why the hell would I call them off? The rioters are doing a great job. What do you mean people are blaming my supporters for the invasion? Tell them it's Black Lives Matter doing all the damage.

ERIC: I met a black man once. He scared me.

DJT: So what if there's no blacks in the crowd of rioters–– say they're all in whiteface! Right. It's reverse racism. Get Tucker Carlson on that angle. And what the hell, you may as well toss Antifa in there with them. Yeah, Black Lives Matter and Antifa are behind everything. All the violence, cop beatings. (PHONE RINGS) Hold on, Hannity, I've got McCarthy calling...

DJT: Kevin, have you got Pence? Why not? What the hell are all you RINOs doing? You mean to tell me you can't find one lousy guy and hang him?! We had a plan, Kevin. Can't you idiots do anything?

IVANKA: Daddy's pretty upset. Maybe I should slip into my teddy.

DJT: Jesus Christ, McCarthy, don't give me excuses! Do I have to do everything around here? (SOUND OF THE PHONE SMASHING AGAINST THE WALL.)

Enjoy PD Scullin’s debut novel “SAWDUST: Love is wilder than a circus,” a humorous ride across America with a circus in the early ’80s. You’re a click away from a helluva fun ride. Buckle up and go.

HAWLEY SAYS HE WAS “EXERCISING” DURING CAPITOL COUP ATTEMPT

Sen. Hawley claims he loves “working out at work.” · Anyone who knows Missouri Sen. Josh Hawley will ...

Eric: We gave the Secret Service “a super sweet deal” 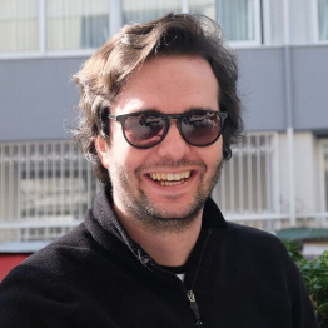 I am a professional Business Analyst