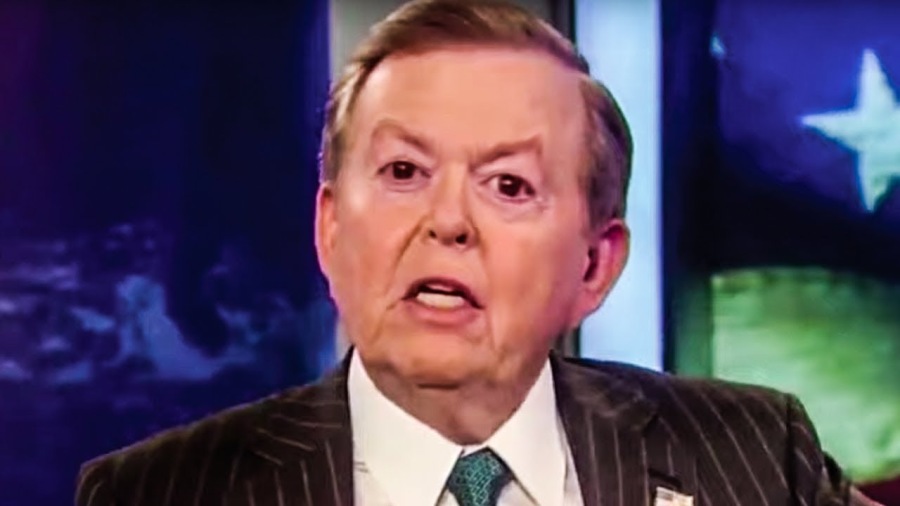 Anchorman Lou Dobbs would take a bullet for disgraced former President Donald J. Trump, but that obedient loyalty couldn’t save him from being fired by Fox Business Channel.

“Fox gave me my walking papers,” an upset Dobbs told The Lint Screen. “That’s the thanks I get for giving them the best years of my life. I’m only 75, for Pete’s sake. I could have given Fox another 25 or 30 more good years. Instead, they make me a victim of cancel culture for telling the truth. Thank God we have QAnon and Marjorie Taylor Greene not afraid to tell it like it is. And we blessed to have patriots like The Proud Boys to storm the Capitol and hunt down traitors!”

Many industry insiders suspect the firing came as a result of Dobbs being named a defendant in a $2.7 billion lawsuit filed by election technology company Smartmatic. Hyperbolic Fox anchors, Maria Bartiromo and Jeanine Pirro were also named in the lawsuit.

“I guess that election company is upset because I wouldn’t lie,” Dobbs says. “I told America the truth–– Donald Trump was cheated of his second term by these voting machine companies. Trump told us he won in a landslide. He won all 50 states! But somehow, magically, four days later they add all the votes and say Biden won. We go from a Trump landslide to a loss in four days! How crazy is that? Kevin McCarthy better do something about this!“

“Something was definitely hinky. I mean, why would Donald Trump lie about a landslide victory? He’s our president for crying out loud. If America can’t believe its president, who can we believe? Biden is to blame for this! Check Hunter Biden’s laptop. Hillary’s emails. What about Benghazi? We need to stop the steal. Now!!!”

Dobbs begins hyperventilating. An assistant helps him by holding a paper bag over his pie hole. When the anchorman calms and catches his breath, he elaborates.

“The voting machine technology was invented by Hugo Chavez (who died in 2013),” Dobb rants. “Chavez was a socialist. The Democrats want Americans to become socialists. They want to take our guns and bibles and force us to have sex with animals then have abortions. Trump is the chosen one! Only he can save us from Biden, AOC, and the mob of Democrat desperadoes. Wake up America! The caravan is coming, the caravan is coming! Build the wall! Cage the children! Benghazi, Benghazi, Benghazi!!!”

The assistant quickly runs to the corner, grabs a rifle, aims, and tags Dobbs with a tranquilizer dart. The bug-eyed looney stumbles around like he’s downed a bottle of Chivas. Dobbs topples over a coffee table, and falls face first to the ground.

“Only Trump can protect us,” he whispers, before going off to slumberland.