How to Raise a Strong, Confident Daughter

Society doesn’t make it easy to raise strong, confident daughters. Our children face a constant barrage of harmful beauty standards and mixed messages. Girls should be leaders but not too bossy. They should be confident but not have a big ego. They shouldn’t be vain, but they must be attractive. By the time girls reach high school, their self-esteem has dropped 3.5 times more than boys’, according to a study from the American Association of University Women. Fortunately, proactive parents can combat the negative messages to raise well-adjusted, confident, accomplished young women.

You are the biggest influence in your daughter’s life. From the time she is born until she sets off on her own, she sees your behavior. Whether that behavior is negative or positive, she will internalize it. Not just your words but your actions influence her. If you belittle yourself or your appearance, your daughter will internalize that behavior. Similarly, if you put down other women, she’ll pick up on those insults. Talk about other people — their appearance, their bodies, etc., — in positive ways, and keep the negative self-talk away from your child.

However, not all positive talk is beneficial. Choose your compliments wisely. They’re most effective when you praise your daughter’s actions rather than her results. For example, instead of saying, “You’re so smart for getting an A,” say, “I’m proud of you for working hard for this grade.” When you use compliments like the former example, you’re telling your daughter that her self-worth is tied to what she can achieve. Making mistakes is part of life; if your daughter’s self-esteem depends on winning in some way, she will suffer in the long run. With the latter example, you’re complimenting positive behavior that’s within her control. This gives a stronger foundation.

Feeling in control of her life will boost your daughter’s confidence. It can be tempting, when you see your child struggling, to step in. Instead, give her room to figure out tough problems on her own. Let her tackle her own projects. Offer support, but don’t take over — that will instill in your daughter the idea that she isn’t capable.

I'm not there yet, but I think my parents did a good job with me. I'm not so sure my friends all were so lucky. It's kind of sad, really. My parents did plenty for me, but they did let me make mistakes and hold me accountable for my decisions, unlike many of my friends, who basically just ran their parents into the ground (and still do).

Understanding the Secret Stress of Being a Mom

Many of motherhood’s challenges remain unseen and unacknowledged. Stay-at-home mothers give up caree ...

How to Keep a Sleeping Baby Safe

When it comes to being a new parent, there are rarely any easy answers. No matter what you do, there ...

The Correct Way to Deal with Toddler Tantrums

They are nicknamed the Terrible Twos for a good reason; toddlers aged 18 months to three years can b ... 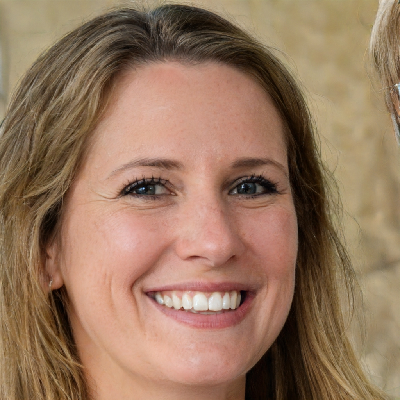 My name is Jennifer Smythe. I am an administrative assistant. I am self- directed, goal oriented and very dependable. Consider me your go-to person for everything admin. · I like being the side kick a ...