One of the challenges ... one of the true tests of a good leader is the ability to bring a team of intelligent … often highly opinionated people together to accomplish goals & objectives. Finding unanimity & getting consensus … brings to mind the non-harmonious picture of “herding cats” … difficult … seemingly uncontrollable … and at times chaotic ;~)

Getting your team to care … collaborate & cooperate may seem exactly like “herding cats.”

The art of “herding cats” ... from the saddle of "wise herdsmen"

Now I grew up with dogs … trained them & love them … but in recent years I became part of the “Fellowship of Felines” … members are indelibly marked by their feline owners ;~) @claircardwell

“A cat has absolute emotional honesty: human beings, for one reason or another, may hide their feelings, but a cat does not.” Earnest Hemingway

Several years ago I adopted a stray cat into my “herd” who looks like a skunk and eats like a pig ;~)

He was dubbed “Joyful-Oreo” because of his sweet temperament & nurturing personality.

The “herd” grew when my son rescued a kitten who could fit in a teacup … we called her Princess Grace-ling (which means survivor) … she is markedly beautiful & she’s gray ;~) … now “Gracie” is what is known as a “scardy cat” … afraid of even her own shadow … almost unapproachable … she can only be touched on her terms & in moments of her choosing.

Stepping up to the plate of cream: “Oreo” took “Gracie” under his paw … calmed her fears, assured her and raised her up … they are inseparable ;~)

Many years prior “Mr. Merlin” magically appeared with a note tied around his neck saying that “I should have a collar on him and not let him wander the neighborhood” (he had been showing up for food on the patio with regularity but I did not consider him “mine” … till the note ;~) … later I did add a collar ;~)

Now Mr. Merlin was an “alpha cat” … a natural leader (these refuse to be led and attempt to take charge. They want their food when they want it and the way that they like it … or else. They rebel when admonished. You don’t own an alpha cat – he owns you, or at least, he thinks he does ;~) “Merlin” I hope to brush up against in heaven ;~)

“Mr. Raggs” … this fellow came out of the woods behind my house with a bloody ear and countless afflictions … he was initially fearful of people, but with patience, food and time … trust was established & his life was turned “from rags to riches”

“Dharma” … was headed to a shelter when a friend of a friend called to ask if I would “take her” … over time I learned that she is highly intuitive … if she were a person & not a feline … she would be considered “emotionally intelligent” @PhilJohnson … She follows me around like a dog and comes when called in like manner. In hindsight, I should have renamed her “MAC” (most-annoying-cat ;~) because she jumps up on everything to gain perspective and at times her behavior is very demanding to the point of clawing for attention (but sometimes for good reason … recent case in point, the water dishes were empty and she was trying to let me know)

On day a feral cat in the neighborhood attacked “Oreo” … I named the attacker “Oscar the grouch” … after “Oscar the grouch” from Sesame Street who is known for grumbling and complaining … which bring some humor to his attitude and personality type … but in his defense “Oscar” lives in a garbage can… I think the fearful feline did too. My son said “Mom … don’t’ name him and don’t feed him” … but marshmallow that I am, I did both … and “Oscar” became part of the “herd” … in time wariness turned to trust he is now the most grateful animal on the planet (canned honey in a cat’s body ;~)

If you pay attention, even cats have reasons to be disagreeable but my “herd” has learned to compromise & care … now they enjoy the consensus of contentment.

They know “purr-fectly” their feline mission: giving JOY and holding onto their own.

Back to “herding cats”

Qualities you will find in “coachable cats” & coachable humans:
o They are in possession of a willing attitude. This is KEY. Willingness is the essential quality that makes one teachable. It paves the way to learn & grow. This quality transfers to how we interact in our relationships: at work and at home.
o They are able to listen … and hear
o They are able to see … and perceive
(get the bigger picture-understand the goal)
Listening & perception are core competencies which lend to emotional intelligence.
o They are authentic communicators
o They are willing to share knowledge
o They possess mental agility. “I get it … I can see where you’re headed”
o They have an attitude of humility (able to receive)
o They possess a sense of humor which helps “all things work for good” … this is of great value
o They are flexible. Not rigid in thinking. Willing & able to come together and move toward a common goal.
o They are contributors without complaining. Solution-seekers not fault-finders.
o Coachable beings will become leaders. They have a strong desire for personal growth.
o The best coachable creatures are grateful, thankful & thoughtful. “Human-sunflowers”

If you care to learn more about personal growth:

“Becoming your best you … Be the one who blossoms”

“The highest performing people are highly teachable. A willing attitude & grateful spirit flow out of the heart … this will produce the best blossoms” ~fem-v

“When the heart is ready the feet are swift” ~Abraham Lincoln

Cats may not be "highly intelligent" but they're not STUPID. They know who feeds and cares for them ;~)

If you are deemed “highly intelligent and highly opinionated” … but are not “coach-able”
you in don’t belong in my “herd.”

o Wise herdsmen are good guides. They possess the ability to “herd cats” … direct potential chaos into a productive process that brings people together and moves them in the right direction.

o They are not self-seeking or self-serving

o They edify: build-up rather than tear-down

o They look to the good of their “herd” to develop opportunities that nurture creativity, contribution and growth.

o They create a THINKING environment that fosters competency

o They are artful communicators of vision & strategy: an essential competency to inspire people to follow and motivate them to achieve.

We all know that words … without action … are meaningless.

What do your words say about you?

The one thing I have learned as a CEO is that leadership at various levels is vastly different. As you move up the organization, the requirements for leading don’t grow vertically, they grow EXPONENTIALLY.” ~ Indra Nooyi

"It is not enough to just do your best or work hard. You must know what to work on."

A glimpse of the bee called me ;~)

My curious nature makes me a “queen of questions” … but gifted with the ability to listen ;~) I'm a woman of deep faith, a blessed mother, a voracious reader, a blossoming writer, a grateful person, and a lover of beauty … I treasure family, true friendships and my loyal clients ... enjoy traveling, learning, good movies, good wine and golf. I’m a heart-to-heart communicator.

If my words make you think … Great ;~) let me know your thoughts “iron sharpens iron” https://www.bebee.com/@fay-vietmeier-pennsylvania

#15
John Rylance John~ Thank you for your encouragement ... if you track it down ... it will be an interesting buzz ;~)

Great post. I have been trying to locate a book I used with young children about autism. It was titled All cats have Aspergers. It was a real fun and raised awareness. Adults liked it too, that's just like ....  I will post details when I track it down.

#3
Damon Hernandez Damon~ Thank you for connecting on beBee & reading my thoughts on "coach-able cats & wise herdsmen" I've had enough laps around the cornfield of life to learn in aces the life-imparting value of 2 things: gratitude & a willing spirit "Gratitude is not only the most important virtue ... it is the parent of all other virtues." ~Cicero "The Holy Spirit can only do for me what I allow Him to do in me." ... A willing spirit will carry you over mountains ~fem-v These are the 2 qualities that I want to see "blossom" ... mature in my son (now 21) ... and in those closest in the circle of my life ~Fay

#2
@AliAnani Ali~ As always thank you for reading my thoughts & commenting ... that "sweet spot of leadership" is hard to hit Wisdom is a precious quality in "coach-able cats" and herdsmen Have a blessed week ;~)

This is a great buzz on leadership Fay Vietmeier. I enjoyed the cats metaphor and the challenges herding cats imposes on leaders. It takes two to tango and you showed this perfectly well in your post. What the herds must have and what the leaders must have and how to find the sweet spot of leadership between them. 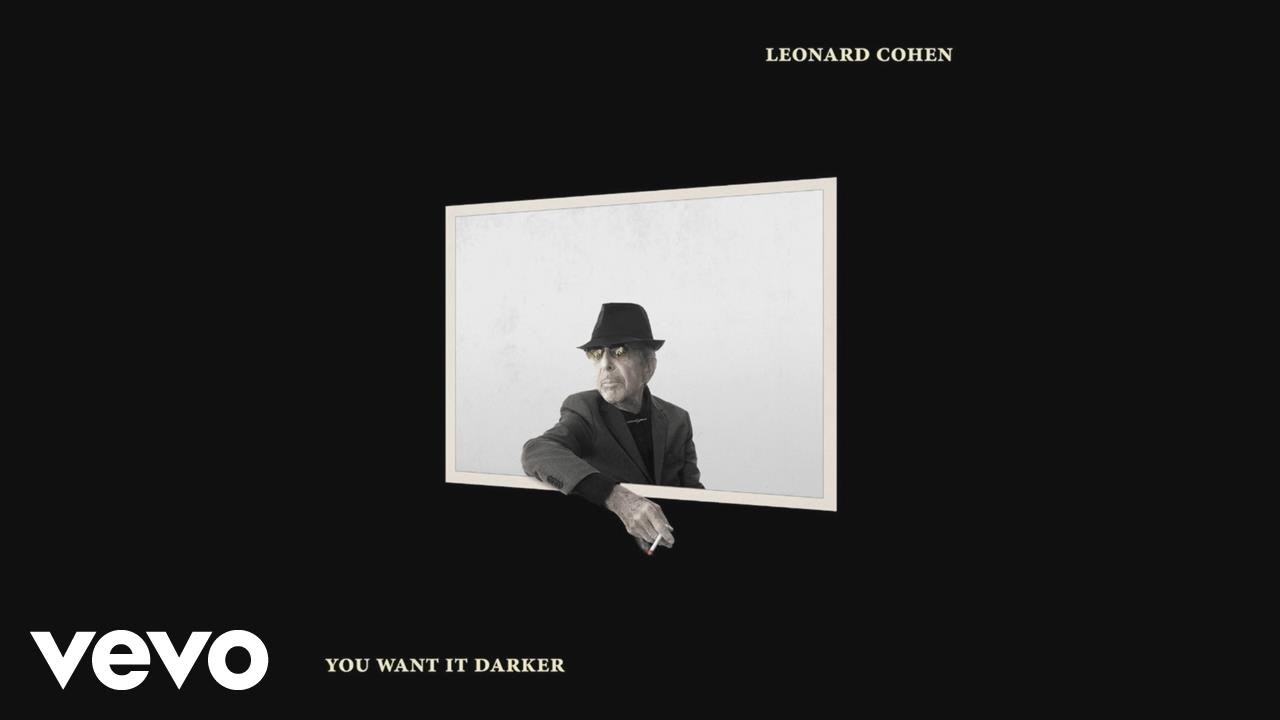 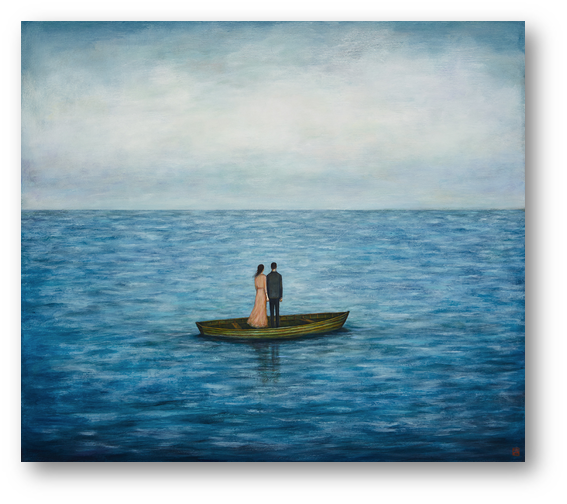 “Sometimes we lose things before we have them” - R ... 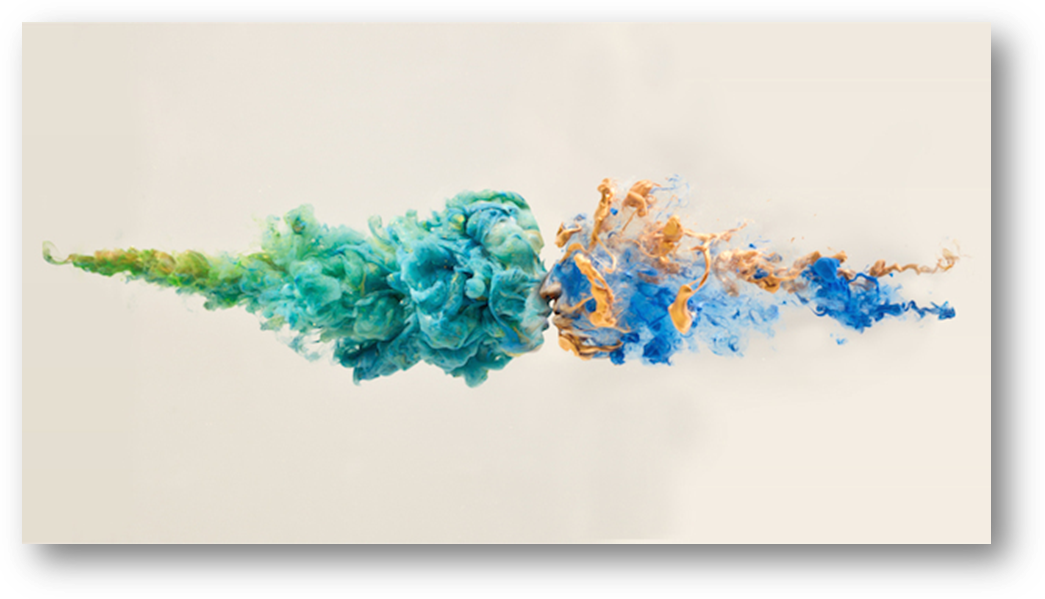 Wake up !! · “The possibility of innovative oblite ...