GOP BOOTS CHENEY FOR “HER SLAVISH DEDICATION TO TRUTH, INTEGRITY, AND PRINCIPLES” 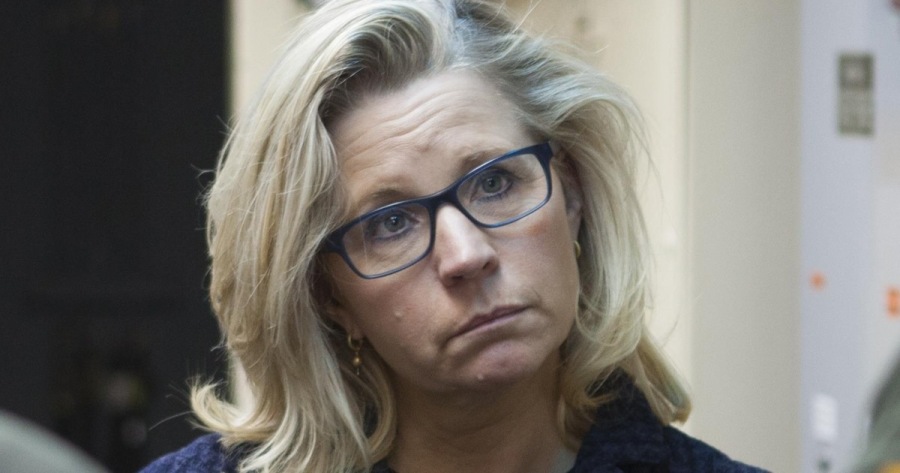 “Liz is paying the price for refusing to get along,” House Minority Leader Kevin McCarthy told The Lint Screen regarding his Republican Party’s decision to banish Wyoming Representative Liz Cheney. “We can’t have radicals like her causing an insurrection inside the Capitol.”

“Cheney has one of those Jew laser beams,” Georgia Rep. Marjorie Taylor Greene said. “I’ll bet she helped Fauci, Soros, and Streisand make COVID-19. I know she helped Gates with the transmitters and alien eggs in the vaccines.”

Wisconsin Rep. Ron Johnson becomes red-faced at the mention of her name. “That Cheney woman is cancer on America’s soul. She keeps telling her lies and saying the January 6 get-together was a bad thing. That’s outrageous! How can she find fault with the patriots wanting to right the ship? And if she can’t admit Donald J. Trump is our rightful president for life, well, she is beyond saving. Good riddance to her– we’ll see where having a backbone gets her!”

Sen. Ted Cruz also piled on. “Liz Cheney is the kind of person who would desert her constituents in a crisis. She’s not a team player.”

“I hate her,” said Ohio Rep. Jim Jordan. “If Cheney doesn’t think Biden stole the election, her treasonous betrayal could rock our entire democracy. President Trump told us he won in a landslide, and if she won’t believe the president from her party, the man who is The Chosen One, she is a clear and present danger to society.”

“Cheney is worse than Satan his own self,” Sen. Lindsey Graham declared as he fanned his sweaty face with a silk butterfly-pattern hand fan. “If she is going to insist on her slavish dedication to outdated notions like truth, integrity, and principles, today’s GOP has no place for her.“

“I always avoided Liz Cheney like acne,” Florida Rep. Matt Gaetz said. “She’s way too old. I wonder if she has any daughters or granddaughters.”

“Liz is a bad person,” twice-impeached disgraced ex-President Donald Trump said. “Very bad. She’s a member of Antifa and Black Lives Matter. Everyone says so. Do they still have that noose they made for Mike Pence? I’ll bet it would look great on Liz.”