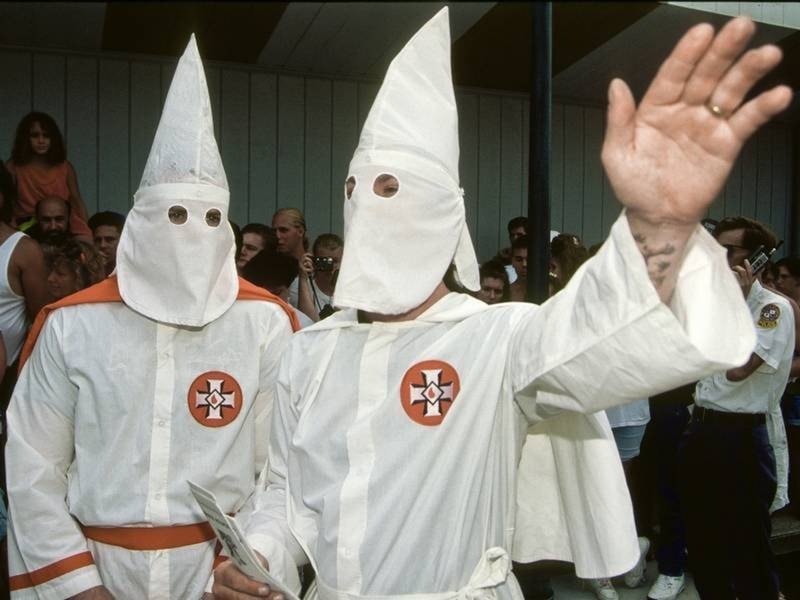 “We’ve got to stop election fraud,” Tom Snowman, the Republican state senator who sponsored the voting restrictions bill, tells The Lint Screen. “We have too many of the wrong kind of people voting in Georgia. That results in awful things like sending liberals to Washington who pass legislation that will help ordinary working people. We got to shut that down fast!”

Snowman says many of his bill’s measures are designed to ensure Georgia elections are “fair and square.” The portly man removed his hood and continued.

“President Trump won the election, he won all fifty states, he told us so himself,” Snowman says. “Trump was cheated. So were David Perdue and Kelly Loeffler. These Democrat rascals stole the election, and they did it by letting a whole bunch of people vote who shouldn’t have. I know we had a couple of recounts in Georgia, but the fact of the matter is too many of those votes were illegal. They weren’t for Trump, Perdue, or Loeffler! The ballots were from folks with the wrong skin color, and we can’t allow that. We’ve got to change that quick as we can.”

One of the measures Snowman wants is ‘paint chip polling checks.’

“This idea is easy as pie to execute,” he says. “We’ll give poll watchers a white paint chip sample strip from the Sherwin-Williams. If the voter’s skin can’t match the shades of white on the paint sample, well, sir, they’re not allowed to vote.”

Snowman also wants to do away with mail-in and early voting.

“We’re making it way too easy for people to vote,” he says, shaking his head. “That ain’t what our forefathers wanted. Democracy needs to run by folks who are real patriots and know what’s best for everyone. And here in Georgia, that’s the Republican politicians. We don’t need no socialists running around messing up everything with their freedom-robbing masks, vaccines, and unemployment checks helping people. Folks need to learn to pull themselves up by their bootstraps! That’s what makes ’em stronger.”

One of the most controversial measures proposed by Snowman is the “Just say ‘No’ to anyone who doesn’t have an R by their name” requirement.

“Our voting is way too complicated,” Snowman says. “We’ve got too many dadblum people running for office. It confuses voters. So we’re going to eliminate anyone who is not a Republican candidate. These evil Democrats and wimpy Independents are mucking up the works. We’ll take that confusion out of the process and streamline Georgia voting.”

“Q says he’s coming back real soon,” Snowman says with a wide smile. “And I can’t wait. We need The Chosen One working for us. He’s an honest man of impeccable character. And he and the GOP is going to keep on making America great again.”

The politician slips on his hood and marches away with a spring in his step.