I have allowed myself the liberty of attempting to translate this very humorous article by @Cecilia Castelli . https://ar.bebee.com/producer/querida-generacion-de-idiotas-M9eic3p1k4ac

At some point I had to dedicate a few lines to you, not because you will read them - since you cannot hold your attention for more than ten seconds - but because I hope that my words will have the power to smash you against your digital screens and take you away from the world you think you belong to. Thinking yourselves original by simply existing, when you have done nothing groundbreaking, other than live off the efforts of past generations who have worked tirelessly for you to be credited with the rank. A hyper-masification of imbeciles who think they have more rights because they were born in a decade where they didn't have to make any effort to get what they wanted. Pressing a key, inventing an "online" persona that has served to destabilise their own identity, floating on the fringes of reality. Projecting a superhero who has only succeeded in virtualising personal relationships. Avoiding the intimacy and commitment that a real bond signifies.

You are the product of a deconstructed, hyperstimulated identity without personal review. If survival depended on you, the average lifespan would be twenty-two years. No doctors, no musicians, no lawyers, no qualified professionals, just Youtubers and influencers who dedicate themselves to drenching us with their narcissism in a shower of selfies and homemade videos of how to become a millionaire without knowing anything.

But the most disconcerting thing about this generation is that they can't solve social problems - let alone emotional ones - but they want to be protagonists of history. They participate in marches against everything that is inherited - because they see it as oppressive, racial, patriarchal or ancestral. They perceive themselves as women being men or as blacks being white, but they cannot sustain a critical analysis with a psychological and historical foundation to support their revolutionary theories. What this generation of idiots does not know is that we are in a culture war, of the online against the critical thinkers. Of the emotionally responsible against the addicted to their media persona. Because the time that the idiot wastes on social networks, the critical thinker uses it to investigate, adopting tools that serve him on the battlefield: ignorance.

I think the most pathetic thing about these millennials is that the dopamine of stupidity has transcended to people in their forties and fifties, who now also act like teenagers relating to each other from the virtual world as a crutch for evasion. Divorced people on Tinder feeling valued because a platform -based on emotional blackmail- has given them back the self-esteem they had left in the family nucleus.

If I don't sink into the pit of 21st century decadence today, consider me a digital warrior, one who put the keys to work in favour of conscience. A girl who crossed paths with many virtual fear mongers disguised as demigods collaborating for the existential emptiness of the generation of idiots.

Who copy and paste and upload and download and comment and manipulate and exaggerate and lie until they convince you that it is impossible for such an accurate association to lack the emotional maturity needed to cope with life. A brood of psychopaths behind the monitor who used each other's gaze to materialise a scenario that would fit our deepest desires: togetherness.

Added to this, the collective train of people who are hanging flags around the world making a fuss about their sexual inclination or their skin colour or their religion, while the globalists-founders of these organisations-install identity trading schemes for profit and population extermination.

And between the soul-poor and the self-perceived, we come to the heart of the process: division.

Although for you, my dear millennials, this is irrelevant, since nothing exists outside yourselves. Only the mobile phone, which hangs from your heartbeat as an extension of someone you couldn't be and left in the hands of a mobile device that governs your life.

in Humour and in 1 more group

I have heard them called snowflakes

“I fear the day that technology will surpass our human interaction. The world will have a generation of idiots.” — Albert Einstein

I would say that the new generations are not able to pay attention to more than 10 seconds in the networks is largely so, they only look for what is not expensive, photos, videos and read just enough. I would say that the way of consuming information has changed.

Thank you so much for sharing my writings Javi, that was very nice of you. God bless. xoxo

Well I certainly didnt see that as satire. maybe uber black humour. But mostly it was a highly literate condemnation of a whole generation of people who are so narcissistic that they can no longer relate to the world at large. I'm a couple generations removed from these people. But my kids are right there, and frankly, very much appear to the the exception to this rule, using social media only sparingly, and having a pretty rich full life without it.

what a lovely buzz @Javier 🐝 CR ! enjoyed read and shared. thank you for the buzz.

I am in favor of the elimination of cash, and you ? what is your opinion ?

As I have to pay taxes religiously to the last euro and many other professionals are free of it beca ...

Before COVID, After COVID

I love Irina Blok's creativity, in a humorous tone, reflecting things of everyday life in a simple, ... 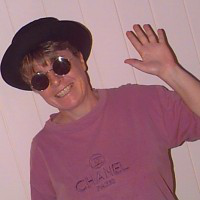 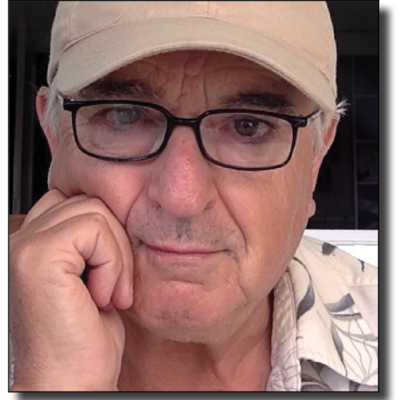