October 20, 2017, Fort Lauderdale, FL ― Ezibuoy (™) of Perth, Australia and Phil Friedman of the Port Royal Group, Fort Lauderdale, FL, USA today announced that they have entered into an agreement for the marketing in North America of a revolutionary mooring line pick-up system.

The Ezibuoy (™) system employs a unique magnetic couple that enables a mooring line buoy to be captured and brought aboard when approaching from any direction and with relative ease in all weather and sea states.

According to Ezibuoy (™) inventor and company director, Phil Golding, "The Ezibuoy (™) magnetic coupling system simplifies retrieving your mooring rope so simple and easy it can be accomplished by even the most inexperienced person on board. This leaves the vessel's skipper with the freedom and time to approach the bow safely to complete attachment of the main mooring rode."

Said Friedman concerning his upcoming marketing effort, "I'm personally very excited about this opportunity ― not only because we'll be introducing a new product to this market but because we're in the position of presenting a small-price product that is of huge potential benefit to all sailors and boaters whose vessels lie to a mooring."

Friedman went on to explain that the marketing campaign will kick off at the beginning of November at the Fort Lauderdale International Boat Show 2017 (#FLIBS).

Friedman was not the only person to express excitement. Ezibuoy Pty Ltd. director, Amanda Golding, said, "We couldn't be more pleased to have found someone with Phil's long background in the marine industry in general and in marine product marketing in particular. We knew from our first conversation with Phil that he was our guy because even his initial ideas for bringing Ezibuoy (™) to the U.S., Canada, and Mexico displayed a lot of thought and broad, solid experience in the marine sector.

According to Friedman, there will be opportunities for interested parties across North America to establish themselves, on very advantageous terms, as local-area sales representatives. He anticipates speaking at FLIBS who have already expressed strong interest.

Said Friedman, "This product offers a valuable solution to a real problem and because of that, it is going to be a real winner."

Headed to the Fort Lauderdale International Boat Show? Ezibuoy is offering two free general admission tickets (a $58 value) with every pre-show order for an EziBuoy unit. Call or text me to get your tickets. 1.954.224.2145. — Phil Friedman

Gert Scholtz, the inventor of the Ezibuoy, Phil Golding of Perth, Australia, is a very smart guy. And his mate and business partner, Amanda Golding is pretty sharp as well. But what I've learned over many years is that you can build the best thought out, best-manufactured product in the world and still, the world will not beat a path to your door. Marketing and distribution are big pieces of the success puzzle -- and the part I'm planning to help with. Cheers!

#19
You may be a land lubber, Jerry Fletcher, but if so, you are the crewman of the guy or gal for whom this is designed. Cheers!

#18
Yep, the concept is brilliant -- but understand, please, that it is not mine.I am only a marketing gun-for-hire in this deal, Harvey.

Phil Friedman Congratulations Phil and all the best in your marketing of Ezibuoy! It does sound like the role will fit you perfectly.

Phil, looks like a great idea. (I'm a lubber, had to watch the video to understand). Kudos to you my friend.

Congrats on the agreement and the video was interesting describing the use.

#16
Who knows Phil Friedman, insurance may even be paying for it, or at least subsidizing in some ways, get a hold of my friend, it may be worth your while...

#15
Again, Randall Burns, you make a good point. Many of the marina slips (pens) were damaged and the fastest way to get back into business could very well be to lay moorings. In which case Ezibuoy could offer special pricing to marina operators who were replacing dockage with moorage, even if only temporarily. Cheers!

#12
I Lived in the B.V.I. for 3 years, (owned my own restaurant there), now I haven't heard from anyone there since the Hurricanes, I know they got hit hard but reach out to Peter Twist, one of the owners of "Conch Charters", good guy and a friend of mine, (please tell him that I referred you to him), he may be interested in fulfilling that role as well as using the product at their marina. He would be a good man there for your product

#6
That's a great point, Randall Burns, I am, in fact, looking to appoint local-area sales reps in the Caribbean as well. Warehousing of product and order fulfillment are slated to be handled from the South Florida area. Anyone in the Caribbean who is in touch with the yachting sector and interested in representing Ezibuoy product in his or her local area should contact me, either via email at phil@portroyalgroup.com or call or text me at 1.954.224.2145. Cheers!

#10
Unfortunately, although not unexpectedly, no, Aleta Curry, the originating contact came via LinkedIn. As has every other contact resulting in the sale of my business-related consulting services. I continue to be active on beBee because 1) I have a number of good friends here, 2) I like the appearance of the articles published using the Producer, 3) beBee facilitates convenient sharing out to LinkedIn, Twitter, Facebook, andGoogle+, and 4) beBee now guarantees to provide notifications of 100% of my new long-form posts to 100% of my followers 100% of the time. Cheers!

Good for you, Phil Friedman and much success.

#4
Thanks Phil Friedman and have her crew perform this operation. Could be a great co-operative ad campaign series.

Good luck and plenty of no-muzak in this business.

I don't know your status regarding the B.V.I. but considering the amount of charter boat companies there and available marinas that is a market that is ripe for this product.

#3
You are correct, Wayne Yoshida, Plus, most of the time, the Skipper is the only really experienced hand aboard, and the difficulty in picking up the buoy with inexperienced hands handling the boat hook, often ends in a lot of yelling and aggravation. This system eliminates the need to precisely position the boat hook in a loop at the top of the pick-up buoy. Instead, a strong magnet guides the pickup connector into a recess in the top of the buoy from any angle and any direction. Wham, bam, thank you, ma'am. Done. No fuss. No muss. And everybody keeps smiling. Thanks for reading and commenting so astutely. Cheers!

Way to go Phil Friedman - the best part is the avoidance of embarrassment when mooring. Quite often, these simple maneuvers to find, grab and tension the line become a sideshow when there are people around. . .

#1
Thank you, Pascal Derrien, for the good wishes.

Nice one all the best on this new venture Phil 👍👏 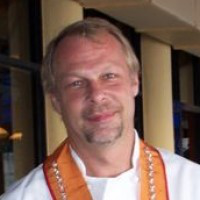 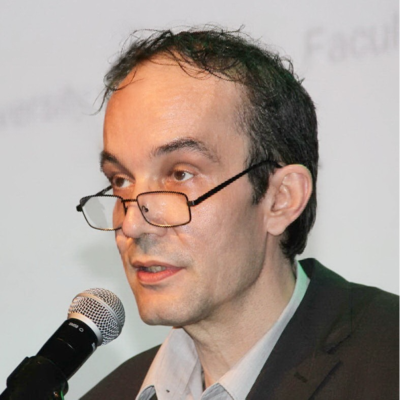