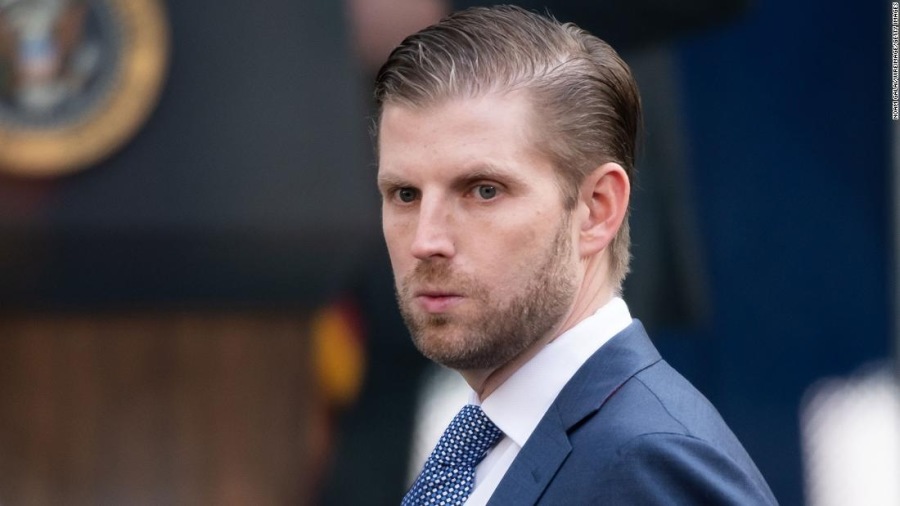 The Trump family sticks together like stink on a skunk.

“Dad won in a landslide,” the least-liked-by-his-father Trump son said. “The Democrats robbed him blind, and we want justice.”

Eric excused himself to make a PB&J sandwich because he said he was hungry. When he returned, he told his tale.

“The Dems cheated,” he said, smacking his lips. “There’s a guy who says Biden people broke into post offices all over America in the middle of the night and steamed open election ballots. If they saw it was a vote for Donald J. Trump, they fed the ballots into paper shredders. They destroyed over 50 million ballots for Dad! That’s not right. Bill Barr is looking into this.”

Asked to identify the ‘guy’ who witnessed this, Eric became agitated.

“It doesn’t matter who he is, buttinski,” he said. “It was a guy. He saw it. Okay? Case closed, Dad won by a huge landslide.”

The president’s son said he had “to pee” and scampered off to “my little boys’ room.” This reporter did a crossword puzzled and waited. When he returned, he had more stories of voting fraud.

“There’s another witness, a woman,” Eric said “she saw Biden people abducting Trump supporters before they had a chance to vote. She said the dirty Dems had tranquilizer guns, and they’d shoot Trumpers, load them into big buses, and drive them to a secret enormous warehouse. Then they’d make our MAGA members fill out fake ballots for Biden. It was an illegal operation to rob Dad of votes and make-up millions of fake votes for Biden.”

Asked if the woman would speak on the record, boy Trump became outraged.

“Why would she make up a story like that?” Eric screamed. “She’s a patriotic citizen who’s trying to protect democracy! Do you have to be suspicious of everyone? You lamestream media are always trying to rob Dad of his second term. He won fair and square, but you won’t admit it. You guys can’t admit Dad made the pandemic disappear and saved millions of American lives. You can’t stand what a great leader Dad is.“

The Trump son heard music outside.

He hung up. We have the exclusive story.

Enjoy PD Scullin’s entertaining debut novel “SAWDUST: Love is wilder than a circus” ––  a dark humor romp across America in the early ’80s. You are one click away from a helluva fun ride. Buckle up and go.