Cognitive Dissonance and What We Can Do about It

What Cognitive Dissonance Is

According to the VeryWellMind website, cognitive dissonance is “the mental discomfort that results from holding two conflicting beliefs, values, or attitudes.” In other words, if your mind harbors ideas that aren't congruent with each other and is happy to view them both as valid, then you have some form of cognitive dissonance. This inconsistency can be quite stressful and uncomfortable, making it a mental condition of sorts. Naturally, it may also have adverse effects on your judgment and your overall well-being.

When Cognitive Dissonance Is Observed

Cognitive dissonance is observed when you are either forced into a particular belief or stance, without fully evaluating it, when you are presented with new information that you haven’t had a chance to analyze properly and integrate with your existing knowledge, or when you have to make a decision whereby the choices you have are quite similar though with quite different results or agents of action.

The effects of this mental condition on our psyche can take many forms, all of which stem from a sense of confusion (mental entropy). These include but are not limited to the following:
• Anxiety
• Embarrassment
• Regret
• Sadness
• Shame
• Stress

Naturally, prolonged cognitive dissonance can have even more profound side-effects, such as compromising your self-esteem, self-respect, or even your self-worth, leading to potential issues with your sense of identity. If, for example, you love your country and you support it via military service, only to find out that the wars your country wages (or the lack of them, in some cases) don't serve your country as much as they serve some other interests, you may find yourself wondering what you are doing with your life and whether you are a fighter or just another pawn in some geopolitical game.

A classic example of cognitive dissonance we see these days, one where we may even partake to some extent, is that of censorship, particularly online censorship. How often do we find people who are all about free speech and the innate right to express themselves, yet they are also in favor of restricting certain voices because they are dissenting? Free speech advocates encourage diversity of opinions on all subjects, even some sensitive ones, but at one point, they may be happy to make exceptions. These exceptions may span over whole groups of individuals or even whole ethnic groups.

The crux of the problem, in my view, lies in the fact that although people are happy to express themselves on any given topic (a valuable form of freedom, which fosters creativity, among other goodies), they aren't are well-equipped at defending their position. Sometimes that position is untenable, which makes the situation even more stressful. For example, many people would talk non-stop about the merits of certain forms of renewable energy sources, without having the technical understanding of these technologies to assess their efficiency or their sustainability. Yet, if you were to oppose their views, you'd be labeled as a super-conservative person who doesn't care about the planet. You may agree with them about the importance of a sustainable energy grid relying on renewable energy sources but have a different view regarding what these sources could be, but that's beside the point. You have been censored even if you can still post about this matter and present your arguments.

Although there is no fool-proof solution to cognitive dissonance (and probably most problems these days), there are certain things we can do to keep it under control.

For example, we can learn to view a matter from different perspectives. This strategy is one that has been put forward as a way to increase one's intelligence (not just the IQ but a much broader band of cognitive faculties that qualify as intelligence). Fostering dialogue (not just well-timed monologues) is another strategy that can help bring about a sense of balance and a more wholesome information flow.

Additionally, one can learn to re-evaluate things and "upgrade" one's position on a matter. For the longest time, I was convinced that density was the single best thing in data science, a panacea of sorts. As I explored it further and deeper (and I mean deeper than people who have written papers on this topic), I realized that it has insurmountable limitations that make it unpractical for large-scale applications. So, I had to change my mind about it and explore other, more scalable possibilities. I still value density, of course, but I now have a scope attached to it, so I don't use it willy-nilly.

Finally, we can learn to see things from a wider perspective, a birds-eye view of sorts, spanning a larger time frame. I think it was Confucius who said that when you make a decision that affects lots of people, you need to think at least 1000 years ahead when evaluating it. Perhaps we don't have such far-reaching decisions in our everyday lives, but this illustrates the point that we need to see beyond tomorrow or even the day after when we decide on something. Cognitive dissonance makes it extremely difficult to make decisions like that, so by enabling ourselves to make decisions this way, we grind it down gradually.

There is no doubt that we all have some cognitive dissonance these days. The abundance and variety of information we are exposed to make it impossible to maintain the mental equilibrium of the more traditional people. Still, that's one of the challenges of our times, and we need to deal with it. The question isn't whether we can, but how willing we are to do so. And once we decide on it, it's merely a matter of time before we make progress on that. Cheers.

in Leadership, Culture, Strategy and in 2 more groups

“we need to see beyond tomorrow or even the day after when we decide on something” It seems it's rarely been seen in our lifetime …!

Thank you @Franci 🐝Eugenia Hoffman, beBee Brand Ambassador for your comment. It's intriguing how the comments often bring about different perspectives of the topic making the whole thing richer.

Big thanks to @Mohammed Abdul Jawad for the share!

Excellent post, @Zacharias 🐝 Voulgaris. I also enjoyed the comments about meditation and look into this for myself.

I can only imagine how challenging this must be for you. All thr best!

Zacharias, My weekly conversations with my daughter help me resolve some of my cognitive dissonance around partisanship. She is a senior civilian leader in the US Federal Government. Her insights, particularly the phrase “regardless what party or administration…” lead me to the conclusion that my hope for some Statesmen/women is in vain. And so it goes.

I'll meditate on this and get back to you! 🙂

When I think about resolving cognitive dissonance, my mind immediately goes to meditation. When you meditate regularly, nothing really irritates you and if it does, you can pull yourself out of it quickly. Having said that, knowledge is everything. If you have conflicted views about something, then seek out knowledge. Meditation brings clarity so in your pursuit of knowledge you will be able to spot flawed thinking more easily. Nice post, @Zacharias 🐝 Voulgaris

I'm glad you did! Thank you for stopping by and fir taking the time to comment. Cheers!

I never thought about it this way. Now that I do, it makes good sense. Thank you for the insight!

lovely insightful buzz @Zacharias 🐝 Voulgaris ! enjoyed read your informative buzz and shared. thank you very much for the buzz.

That was absolutely fantastic piece. Yes cognitive dissonance can only be solved through achieving the hemispheric balance via meditation or Pineal Gland activation. We are supposed to nurture detachment and indifference and act on our highest excitement. Thank you❤🌹🙏 🥂Cheers

Effective Problem-solving and Creativity's Role in All This

The problem with problems these days · There have always been problems we have had to solve across v ... 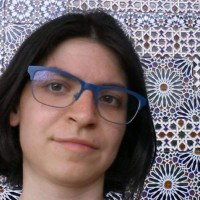