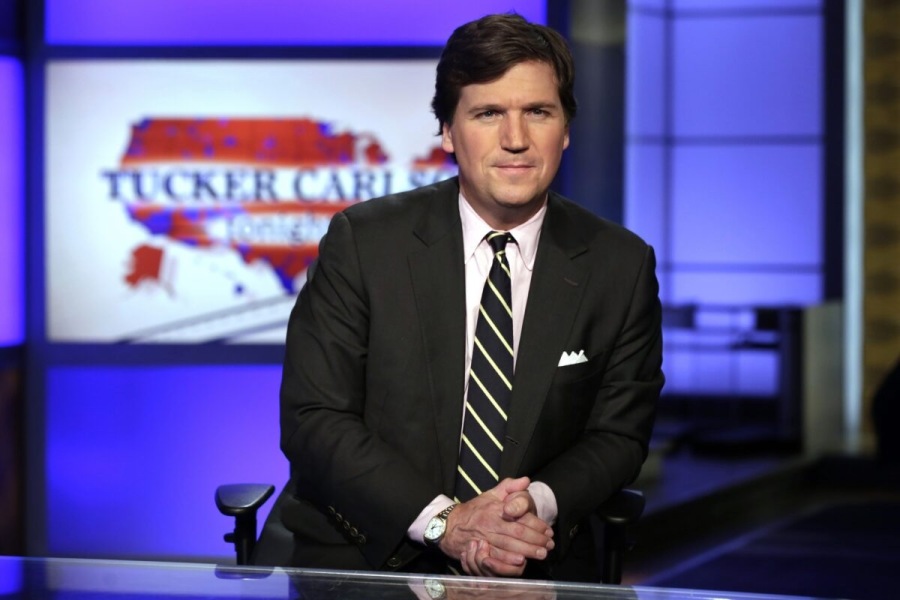 Tucker Carlson is a fearless journalist who believes in the sanctity of freedoms promised Americans by The Constitution. What follows is an opinion piece that aired on Carlson’s popular Fox News show. The Lint Screen reprints this rant; readers will have to imagine hearing these words in the whining voice of Tucker.

TUCKER: Our forefathers were pretty smart men. They were all white men, by the way. This was before the politically correct days of affirmative action, tokenism, and filling quotas. And before the virtue signaling of diversity.

What those white men wrote in our Declaration of Independence and Constitution guaranteed every American many freedoms. These sacred freedoms are granted by God to his favorite people living in his favorite country. And one of those freedoms is the freedom of choice.

So why is it liberal parents refuse to adopt these freedoms? Why do the socialist lefties insist on keeping others under their oppressive rule?

I’ve pointed out the outrageous tyranny inflicted on the children of Democrats who enslave their children with pieces of cloth strapped over their little faces and noses. The socialists say their masks are for protection against Fauci’s fake COVID-19. But I say they are muzzles to freedom!

As I said recently, if you see a child subjected to imprisonment in a mask, CALL THE COPS IMMEDIATELY! Those parents are abusing their children, and these evil adults deserve to be locked up.

But here’s another outrageous restriction on the freedoms of the children of liberals– telling them what to eat!

Yes, in many lunatic leftist homes, the Marxist parents demand their children eat vegetables. Vegetables! Some parents demand their kiddies eat their veggies before they serve them dessert. Can you imagine? Eating forkful after forkful of hateful vegetables, while choking back your tears and vomit, just because some Biden-lover feels superior and wants to push you around. It’s criminal.

And get a load of this– in this looney liberal world, potato chips, Fritos, and Doritos aren’t considered vegetables. Not vegetables? The last time I looked, potatoes and corn were grown in vegetable fields. Go try telling potato and corn farmers they’re not growing vegetables. I’ll bet they’ll give you a punch in the mouth for your stupidity.

This cruel behavior by leftie parents begs some basic questions. Don’t their children have rights? Don’t they have the same right to freedom of choice as any other American? Can’t they decide what’s best for them without being told by the abusive nanny state?

Then why on earth should these innocent children be forced to live under the oppressive rule of their dictatorial parents?!

The answer? They shouldn’t!!!

When I was a kid, I hated vegetables. Most God-fearing patriotic children don’t like vegetables. Why should they? They taste bad. Vegetables are yucky. The family dog, who eats anything, won’t even touch veggies.

Yet, we have all these radical Antifa and BLM people who can’t wait to push around someone smaller and less powerful. So they demand their children eat vegetables.

Here’s my advice to these poor, pitiful children of liberals– DON’T DO IT!

Grab your iPhone and call the cops. Tell the police your parents are abusing you, or touching you, or making you rip pages out of the Bible. Get the cops to come over and take your parents away in handcuffs. And kids, once the big bad bullies out of the picture, you can have all the ice cream, cake, and candy you want.

And here’s the best part– with your oppressive tyrants out of the way, you can go to bed whenever the hell you feel like it!

Listen up, kids of libs, you are just as American as anyone else. You don’t need to live under the rule of dictators. Call the cops, bust your old man and old lady, and start enjoying the freedoms our forefathers wanted you to. Freedoms guaranteed by God!

God doesn’t care about political correctness or woke behavior. He cares about your freedoms!

And don’t forget– empty your piggy banks, search for Mommy and Daddy’s money, and pledge it all to The Trump Defense Fund. Joe Biden cheated him out of his re-election, but once President Trump gets back into office he’ll help you maintain your freedoms! Including the right to bear arms.

And kids, take it from the Tuck-man, real guns are a lot more fun than play guns.