An Update on the Ammo Shortage Amongst the Hunting Community

Too Many Guns, Not Enough Bullets

With some states lifting to restrictions as of July 1st, hunters are sure to be wandering if the ammo shortage is coming to an end. The short answer is not yet. The overall drive of gun ownership throughout the year in the pandemic has kept ammo makers busy trying to catch up. From homeowners wanting extra protection to police stations, buying ammo has become difficult but not impossible.

Jason Vanderbrink, President of Federal Premium, CCI, Speer and Remington, has taken to the internet to address the concerns of ammo-buyers across the nation. While he lays some of his own production woes with the newly acquired Remington ammunition, he also states that Federal Premium has been around for 99 years and, in that time, they have made more ammo in the last year than they have any year previous. Vanderbrink feels that even so, it wasn’t enough.

From 2019 to 2020, the FBI reported a 40% increase in firearm background checks. Of which, around 8.4 million are estimated to be first-time gun owners by the National Shooting Sports Foundation. In 2021, the country is still seeing overall growth in firearm background checks over 2020 by around another 20%. This occurred while hunting license purchases increased in 2019 in some states as high as 67%. All of this supporting Vanderbrink’s claim of producing more ammo than in previous years. And with Remington ammunition still being restructured due to its purchase, there’s one less manufacturer helping to fill the supply.

What does that mean for hunters? They should buy as much as they can when it’s available. According to a survey by SouthWick Associates in April 2021, only 72% of shooters and firearm owners had purchased ammunition within the past 12 months. This has lead to less hunting trips and less outings to the shooting range.

Outlooks from Vanderbrink are positive. In response to the question ‘When will the ammo shortage end?’, he says “it’s going to be awhile.” There are empty shelves still to be filled as his first priority which, according to him, fluctuates in response to political climate and social unrest. While he does not speculate on when the shortage will end, he believes that getting the Remington ammunition factory at max production will help with ammo buyers concerns.

You Should Start a Business During COVID-19. Here’s Why.

There’s never a “right” time to start a business. The Walt Disney Company began just before the Grea ...

What Facebook’s New Feature Means For Your Business

On May 19, Facebook and Instagram rolled out a new feature that could prove to be a game changer for ...

Recently, the National Parks Service has extended a call to hunters to aid in the management of biso ... 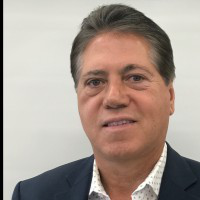