There’s a big showdown happening in Texas, and Gov. Greg Abbott aims to clean up the state.

“I’m sick of these yellow-bellied liberals,” Abbott told The Lint Screen. “Our state Republican representatives presented many ways to make voting better for Texans, and the lazy Democrats up and walked out on them in protest. I’m sick and tired of dealing with those crybabies, so I’m proposing a whole new simpler voting law everyone’s going to love.”

Abbott has created what he calls “a predictive voting system” to save his citizens time.

“Texans are busy people,” Abbott says. “They can’t just drop everything and go wait in lines to vote in some silly election. Well, I’m going to take the work out of voting. We are going to pre-fill all the damn ballots. I proposed a similar idea months ago, but it didn’t happen. But now I know sure as the sun comes up that my citizens want good God-fearing Republicans representing them, so all candidates with an “R” by their names get the vote.”

Abbott laughs. “What’s not to like about that?” he asks. “It’s automatic, it’s easy, and there’s no pussyfooting around. This is the only way we can be sure we don’t get a bunch of bellyaching Democrats or Independents in office and mucking up the works for everybody.”

The Texas Governor spits on the ground. “That’s what I think of these non-Republican traitors trying to destroy our state and America,” Abbott says in disgust. “They wanna investigate the Capitol liberation on January 6? Well, to hell with them. Get over it. And if they don’t want Donald Trump to be our president, then go and find someplace that wants your liberal ass. Everyone knows Biden stole the election. We need The Chosen One! We can’t have a bunch of crazy socialists robbing us of our freedoms and democracy.”

Gov. Abbott smiles. “Once we get my new simple voting law passed in Texas, we can get the boys in Washington to pass it as a national law. If we don’t stop the liberal loonies who want to vote as they like, we’ll never save America!“

Trump Promises Loaves, Fishes, And Wine For His People

Graham Says “There Will Be Armageddon” If Trump Is Prosecuted

Little Lindsey is upset at the outrageous behavior of The Justice Department · Brownoser Sen. Lindse ...

Republican bigwigs are upset at The Justice Dept. for dispensing justice against their cult leader. ... 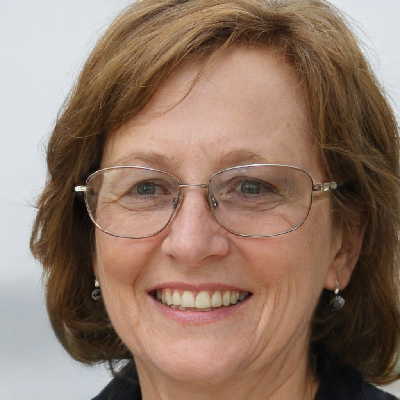 I'm a freelance writer and social media content creator with over 20 years experience. Come to me for ghost writing, tech writing, newsletters, blogs, articles, academic papers, editing or any time yo ...