Since my birthday and Father’s Day were on the same weekend, my husband and I took a road trip to Helen, Ga. The city is about an hour and a half from where we live and a pleasant drive through the lovely countryside and small mountain towns.

I was excited about this trip because we haven’t been to Helen in a couple of years and we have such fond memories of our previous trips to this charming little city. Memories returned of when I was a child and so full of anticipation about taking a trip. I was filled with those same antsy feelings about the weather, what we were going to do, and what to pack. Silly me since this was just a short weekend trip.

The hotel I chose was one where we had stayed before. It is located directly on the Chattahoochee River. 70% of the rooms face the river and have terraces and/or balconies offering a lovely view. When I made the reservations, there was no availability of rooms with a river view, which I was disappointed. However, when we arrived at the hotel, I was able to upgrade the room to one with a river view. We were thrilled!

Our hotel, The Helendorff Inn, is absolutely charming and within walking distance to downtown Helen.  The hotel was built in 1973 with add-ons in the seventies, eighties, and nineties. The property is constantly being improved making the hotel a popular spot to stay.

The city of Helen is a replica of a Bavarian Alpine town located in the southern Appalachians. The architecture of every building is classic south-German style. This design was adopted and mandated in 1969. Even national franchisees must adapt to the style.

The main industry went from a declining logging town to tourism, which the city's peak time is in the fall when the leaves change to their brilliant autumn colors. The city becomes a wonderland displaying twinkling lights and filled with the traditions that go with the fall season. The city hosts Octoberfest from September through November which Helen becomes very crowded, to say the least. This is Helens largest celebration with music, dancing (waltzes and polkas), good food and drinks

On the day of my birthday, we found a great German restaurant and bar in an alleyway. Helen has several alleyways located off the main drag, which are lined with quaint little shops, restaurants, and bars.

We sat at the bar because we find bartenders to be most informative and entertaining. We were spot on with our decision because our bartender's personality and service were beyond our expectations.  He nudged me into ordering a hot pretzel with beer cheese dip. So, my idea of eating a light salad wasn't going to happen and the pretzel was huge but delicious. Then he surprised me with a complimentary apple strudel, which was also delicious. This German restaurant was not only welcoming but very charming with live German music, German decor and the wait staff wore traditional German clothing.

After my fun birthday lunch, we walked back to the hotel for a break. We relaxed on the balcony and watched the tubers float down the river. This is entertainment at its best because there are some people that should not even think about river-tubing. Some of the tubers float down the river with cell phones, cameras, and even their pets, never dreaming they will fall out of their tube. Even though the water is shallow, it is not easy for some to get back on their tube. It's great fun to watch.

After our break, we decided to take in some live music at a restaurant and bar across the street from the hotel. There we found some of the same regulars and staff that we met 2 years ago. And even the same bartender that told us she shot her ex-husband in the derriere with a shotgun! Yep, never a dull moment in Helen, Ga.

Paul's Steakhouse and Seafood, since 1965

While we were at Paul's Steakhouse, we noticed a lot of activity in their parking lot, which we found was due to a double rainbow. Many people were taking pictures and I took a few myself because I have never seen a double rainbow. According to the AccuWeather site, double rainbows are not uncommon and usually ahead or behind a rainstorm. Also, I learned there are triple and quadruple rainbows, however, they are a rare occurrence.

After a full day and a full night of adventure and fun, we were pretty tired and decided to call it a day. Our cozy room was very welcoming and calling our names - it's time to rest. After all, this was only day one and we had two more days to go.

ATM painted on the side of a building

The next two days were almost a repeat of the first day, except we found new places to shop, eat and drink. We met so many nice people, which makes any trip worthwhile, in my opinion. We left for home on Monday morning and topped off our trip with a fabulous brunch at a local restaurant called The Broken Egg. This was a perfect ending to my birthday and the Father's Day celebration.

If we decide to make the trip to Helen, Ga next year, I wouldn't change a thing, except getting a year older.

To be a beBee bee is to be

Franci enjoyed a dedicated career in the insurance industry for over 20 years being rewarded both professionally and personally. Now it’s time for Franci to follow her dreams by doing things she enjoys…spending time with family, learning, sharing, traveling, and writing poetry. Franci’s writing and creative endeavors can be found at her blogs, Eugi’s Causerie and Eugi’s Potpourri. Franci has authored eBooks Fanciful Delights and Mama, me and Mother Nature, and also has writings at Spillwords, PoetrySoup, and beBee.com.

group_work in beBee Writers and in 1 more group

Happy belated birthday. It is remarkable how exotic something as mundane as a short getaway has become in these covid days. Lots of us, I'm sure are looking forward to being tourists again one day. take care.

I never thought I would refer to 2018 as ‘those were the days’ but compared to now, they were! The hotel is still open and so is Paul's restaurant. Helen is a unique little town where those that live there help each other. It thrives on tourism so I am surprised some of the businesses have survived.

Yep, today is the day again, Ken, and seems to happen this same time every year. We hope to visit Helen soon.🥂

How life has changed since 2018, living very much on memories like these.

How much more have we become risk adverse, saying to ourselves can I risk repeating this as you intended when you wrote this.

The burning question if you did would  the places still be in business?

Even optimists are finding it hard to be positive about the here and now let alone the future.

Assuming that the anniversary of your birth is on the same day it was three years ago, Franci, Happy Birthday! 🥂🎂🍾🤗

I’m glad you had a nice weekend away, back then. I’d hate to think you’d been to Hell-an back for nothing. 😂🤣😂

#15
You would enjoy both of these cities. They are both quaint little mountain towns in North Georgia. Helen is touristy and a party town where Blue Ridge is more laid back. There's always a lot to do in both towns such as festivals, art shows, concerts, car shows, etc. We are seriously thinking about moving to Blue Ridge. You should definitely add them to your list.

#13
Franci, I meant to add that I never heard of Helen Ga before... nor have I heard of Blue Ridge. Seeing pics and hearing about the area gives me someplace to add to my travel list!!

#12
Thank you! The double rainbow was amazing and yes, a wonderful gift for my birthday.

#11
Thank you, Lisa. It was a fun time. We will go back in the fall, either to Helen or Blue Ridge. Both cities are beautiful when the leaves change.

Thanks for tagging me Franci\ud83d\udc1dEugenia Hoffman, beBee Brand Ambassador. How exciting you trip sounded! I love the town makes every Restaurant adapt to a Bavarian Alpine replica. I find it so much fun to explore shops and restaurants that are unique. I bet the fall IS a great time to visit. I'm glad you got your river view room, what a beautiful sight! What a great birthday trip and happy belated birthday to you. Enjoyed your photos!!

#6
Thank you, Gert, and thank you for sharing.

I loved reading this post about getting away a mix between everyday life and fairy tale :-)

Franci\ud83d\udc1dEugenia Hoffman, beBee Brand Ambassador The descriptions and photographs of Georgia are amazing. Thanks for sharing your birthday trip with us Franci.

#1
We had a great time there. The only drawback was the heat. It got pretty hot for that area. 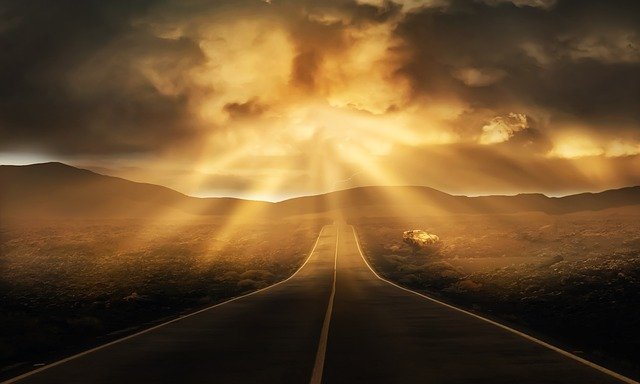 another day of oddities and surprises · mother nat ... 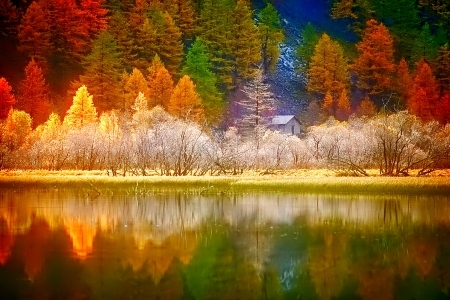 secrets awakened by an autumn breeze · their lulla ... 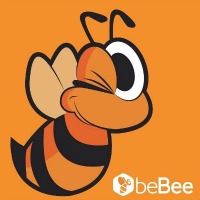