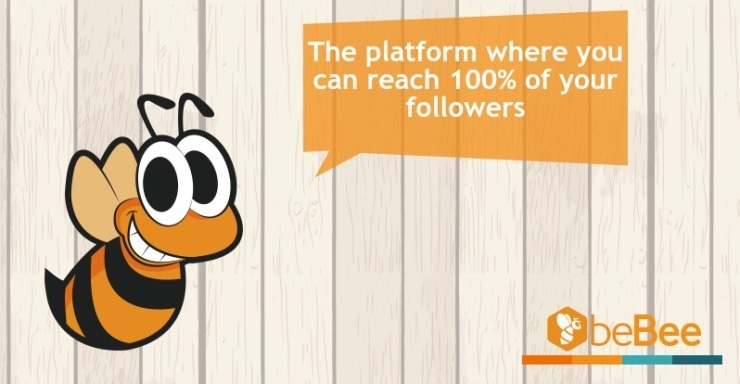 When I started blogging just four years ago, I went all in and never looked back. I have written hundreds of posts and read thousands more. I read and write every single day.

In addition to writing here on beBee, I've published in the following online magazines and websites: Inc. Magazine (Current Columnist)., Huff Post (Contributor), Dice.com, Good Men Project (Contributor), MSN Money, Medium, Word Press, Babble (Disney affiliate), and LinkedIn Pulse. Oh, wait! How could I possibly forget Tumblr? I have a great blog there. Just kidding, I haven't logged in there in over a year. Ha, ha!

The reason I mention this is not to brag about how many places I've been published, it's to point out that beBee has three very powerful features right NOW that none of the other platforms I have written on have.

Here they are in no particular order...

When you write a blog post on beBee, it not only reaches ALL of your followers' news feed. Every other platform I've written on, you're subject to either the algorithm, which often limits the number of your followers that see your post. Yes, many sites like Inc. Magazine have actual human editors, but the problem is you are subject to their discretion on where your post gets placed on the site. If they don't like it or your post comes out at the same time as a bigger name writer than you, your blog post gets buried on some back page where blog posts go to die.

If someone follows you on beBee, your post appears in their feed. Period. End of story. Just like on Star Trek, beBee is the Final Frontier for organic reach on social media.

beBee's executives have been listening to user feedback for over a year now and using it to shape the user experience for beBee 2.0, our new platform. One of the things we heard most from users is that they wanted a platform where they got a notification from the writers they have elected to follow when they produce a new blog. Users frequently commented that they were getting too many ads on other platforms and not seeing the blog posts from the people they follow without having to remember to go to their profile and look for them.

Now, on beBee when you take the time to write a post on Producer ALL of your followers receive a notification letting them know that you have posted, making it super easy to find your work.

If you ever want to stop receiving notifications from someone you're following, you can easily mute their content.

Of all the platforms I've written on only Inc. Magazine ever shares my posts on social media. They always tweet my blogs on @Inc. and very occasionally share them to Facebook and LinkedIn. The problem with writing on Inc. is that they are highly selective. (I honestly think I just got lucky)

beBee is the only self-publishing platform that shares member content on social media that I've ever seen.

To be eligible for promotion to beBee's social media networks your a post must have 20 or more Relevants and 5 comments.

And thanks to a collaboration with myTweetPack earlier this year, we can collect posts automatically which will help us accelerate the process and distribute a greater volume of posts! The system never forgets. It never misses a single tweet.

Creating a Logo You Will Want To Show Off. @GloOchoa buzz @beBee https://www.bebee.com/producer/@gloria-ochoa/creating-a-logo-you-will-want-to-show-off

beBee also regularly shares eligible posts to LinkedIn, Google+ and Facebook! Is there any of other platform that does that? If there is nobody has ever told me about it.

#29
Good piece, John. It summed up why beBee is the best platform for bloggers but also for the rest of us who don't write very often. User satisfaction and engagement is much higher than on other platforms I've been or still am. Congrats to all team members who made it happen. :-)

beBee is unbeatable. I agree with you John and as our brilliant mind of Belgrade says "beBee is the best platform for publishing of long-form articles. Period." :)

Thanks for another masterpiece, John. You present cogent points on what separates beBee from the proliferating pack of other digital publishing platforms. Put simply, beBee is better for bloggers to enhance engagement, boost readership, amplify their message and build their personal brand. User satisfaction and customer service are also higher than bigger social sites. Lastly, having the co-founder and President/CEO actively engaging with users is a special added bonus. Thanks for that Javier \ud83d\udc1d beBee! Better blogging is one of many reasons why the buzz is growing louder worldwide. Vamos! 🐝🐝✌️🌎🌍🌏

I love this! Im sharing honey all the time! (lots of honey in draft too LOL)

Top shelf buzz, and I agree. beBee's blogging platform is #1.

fourth reason: it is made with love; for loving people who love connecting!

Thank you John White, MBA and the entire team at beBee Hq for their efforts.

beBee is the the best platform for publishing of long-form articles. Period. Thanks Javier \ud83d\udc1d beBee

All right on point. Great Buzz John. Buzz On!

Excellent article John White, MBA!! I love this platform more than any other. Talking about personal branding and social media, BeBee is like “home”. Isn’t?

Great article, John White, MBA! I have been on and off of several platforms over the years and just recently found beBee.com It is one of the most engaging platforms out there. I find the community here very alive and in communication with one another.

Now the matter is to acquire followers. In the beginning, LinkedIn gave the potential to reach far beyond your followers and some posts had close to a million views.. Then they change the algorithm and one a few, named by the system 'Influencers' got the exposition. This is why beBee grew rapidly in the USA. Now, you must produce honey or write in beBee, cutting an easier way of getting exposure and branding. If you want exposure beyond your followers, you are still restricted to 3 hives' or groups and you depend on others to share to their groups and expand your exposure (linkedIn give you access to post 100 groups, 50 at a time), also LinkedIn has over 500 Million members and is a business and professional network, which even the scammers, bots, fake profiles, trolls and inhabitants from the beginning of the nutritional chain part on Facebook, give you liquidity and exposure. The advantage of beBee is its interface, which might still not very developed as other platforms but has two columns, increasing your chances in the feed.I still have to see a sharer where you can share content directly from other sites (it seems beBee is not very friendly toward this, which in fact cut in half your ability to get exposure and branding)). another thing lacking is the ability to upload a CSV file so the system invites people. I have 30,000 contacts in LinkedIn, and I am in several lists totaling over 3,000,000 people.If I could upload this files, some among these people may join. Is a numbers game.

Many thanks John White, MBA ! Well explained ! Why beBee ? Reasons to be on beBee https://www.bebee.com/producer/@javierbebee/why-bebee-reasons-to-be-on-bebee

I agree, John White, MBA. beBee makes for an excellent blogging platform. The member engagement here is something amazing. And myTweetPack is ingenious.

#2
HaHa! In response to your final question, although I'm still a neophyte and really not familiar with the latest tech/platforms/communication vehicles,etc. (I still don't have a handle on my twitter account,LOL), I have noticed the painful down trend on LinkedIn, getting less user friendly constantly but BeBee is great, as you say in your post. It's very user friendly and the new features make it much easier to follow and stay on top of activity as it happens. Congrats to Javier \ud83d\udc1d beBee and the rest of the team, keep up the great work

John White, MBA thoroughly explains why beBee is the platform of choice

#1
LOL, I was wondering who I might hear from about that little reference.

That's great! John White, MBA The Final Frontier, to boldly go where no man has gone before...(Great, now I have the whole theme song, sound effects and Captain James T. Kirk's voice going through my head)... 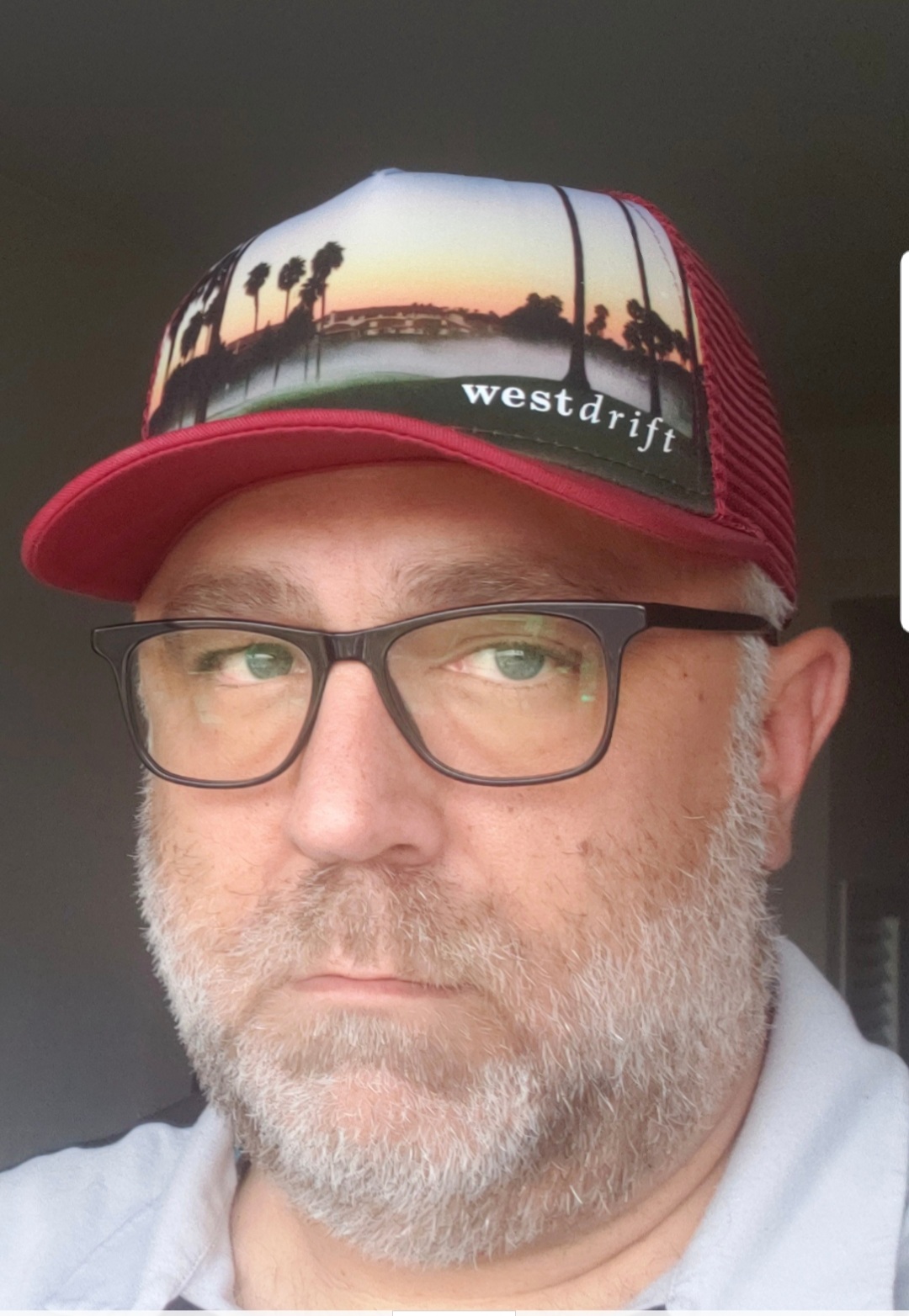 Never let someone's opinion of you determine your future

When they fired me and HR walked me out holding no ... 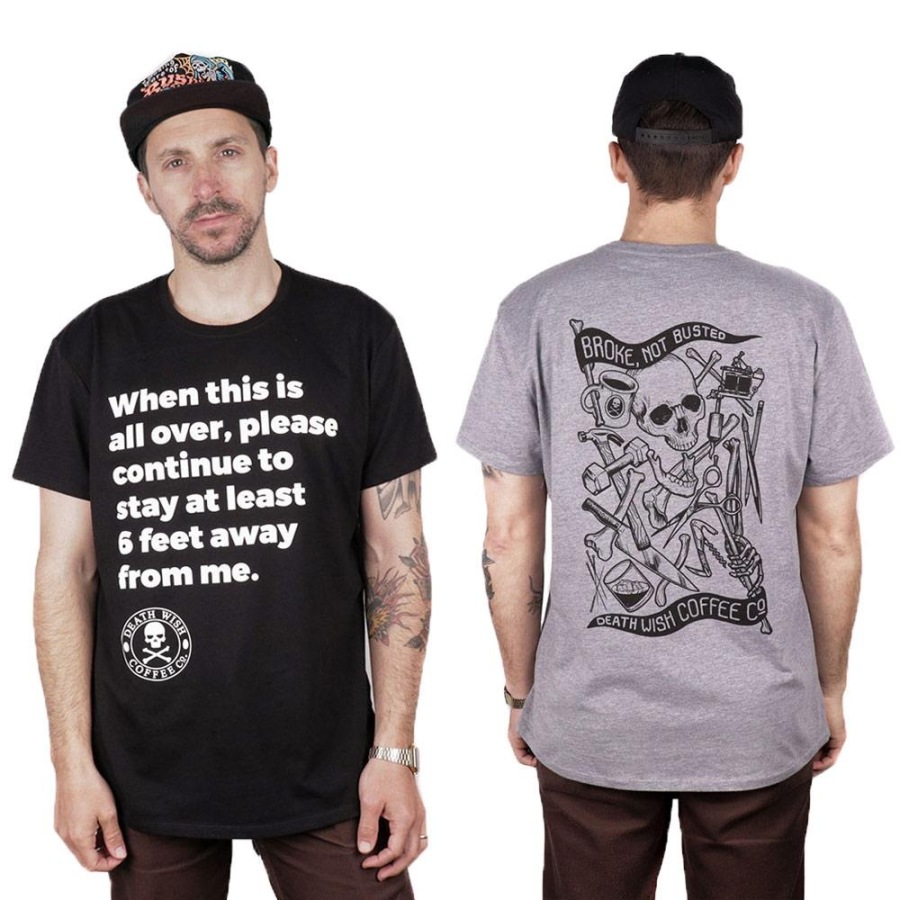 3 Business Lessons From Companies That Successfully Pivoted During Covid-19

The "new normal" is disruptive, but these brands a ...

Getting Fired Sucks (Here's the Easiset Way to Bounce Back)

I was humiliated. I had just been fired. I said go ...